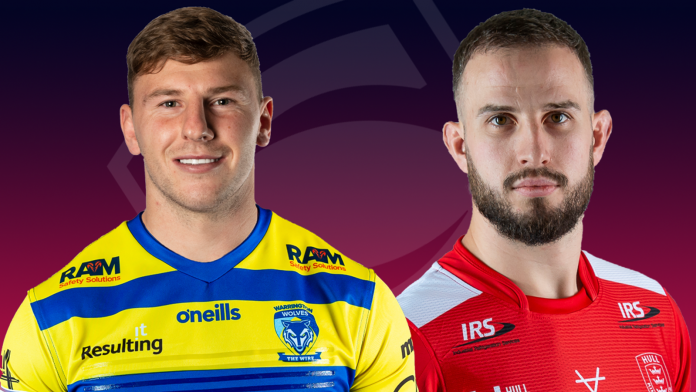 Warrington and Hull KR clash for a place in the Betfred Super League play-off semi-finals on Friday. Watch the match at the Halliwell Jones Stadium live on Sky Sports Arena from 7pm (kick-off 7.45pm)

We look at what is being said and team news ahead of Friday’s second Super League elimination play-off between Warrington Wolves and Hull Kingston Rovers, live on Sky Sports…

How Hull KR hooked in Smith

As he prepares to lead Hull KR into the Super League play-offs at the end of his second full season with the club, head coach Tony Smith has revealed he only intended to be there for three months.

Smith, a Grand Final-winning coach with Leeds Rhinos in 2004 and 2007, was brought in on a short-term deal following the departure of Tim Sheens in the summer of 2019.

However, after saving the east Hull club from relegation on the final day of the season, he signed a three-year contract and the man who also coached Friday’s opponents Warrington explained what has kept him at Rovers as they prepare for their first play-off campaign since 2013.

“I only came for three months, to hang out with Danny McGuire and a few others,” Smith said. “There were no expectations from me, I was just filling in as a bit of a favour for a few months.

“It hooked me in terms of this club. I love the spirit of this club – I love what it’s about. I like to be part of a re-build and I think each place that I’ve coached at has probably had some of that.

“I don’t think there’ll be many people outside of ourselves who will give us a chance this week, that was probably the case at the start of the year. The players were able to prove some of that wrong and it would be nice for that to continue.”

Steve Price is urging his Warrington side not to underestimate the threat of a Hull KR team now overseen by one of his predecessors when the Wolves seek to avoid a hat-trick of opening round play-off defeats.

They will once more have home advantage thanks to finishing third in the regular-season standings this year and will be clear favourites against the Robins in the sudden-death tie.

Yet Price, who is in his final season as coach at Warrington, is wary of a side coached by the man who steered the Wolves to three Grand Finals during his time at the club.

“They are certainly not underdogs,” Price, who is hoping to mastermind a maiden Grand Final victory before departing, said. “Any team who is still alive this time of year, you certainly don’t underestimate.

“They have a coach there in Tony, who has been around the game for a very long time and we have a lot of respect for.

“Also, they have a lot of quality players. Their left side is one of the most potent left-side attacks in the competition. We need to be on high alert.

“They have a good team and we need to be at our best.”

Warrington, on the other hand, are virtually at full strength, with the return of hookers Daryl Clark and Danny Walker and centre Toby King following the 40-24 win over Castleford.

Their only absentee is prop Mike Cooper, who misses out through suspension, and that is likely to mean more game time for former Rovers front rower Robbie Mulhern, who has featured in all but three of the club’s 24 matches in his first season at the club.