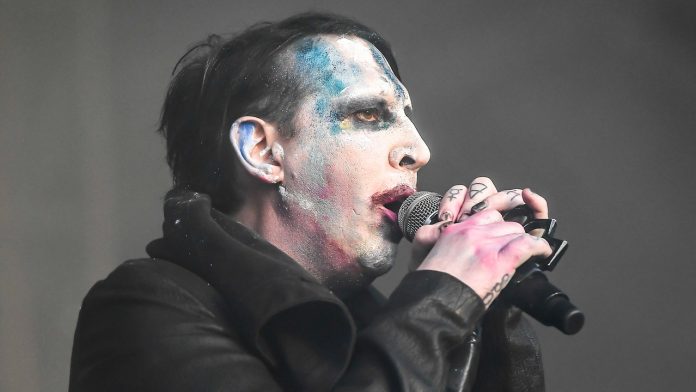 On September 15, a Los Angeles judge dismissed a lawsuit from a woman who accused Marilyn Manson of raping and threatening to kill her in 2011. The judge argued that the initial allegations were “not sufficient to invoke the delayed discovery rule,” and that the woman, identified as Jane Doe, had 20 days to amend the filing with new details. Now, Jane Doe has refiled the suit, as Rolling Stone reports and Pitchfork can confirm. According to RS, the revived complaint was filed today (September 23), and contains new details about the alleged assault and alleged incidents that followed. Pitchfork has reached out to representatives for Jane Doe and Marilyn Manson for further comment.

According to documents viewed by RS, Jane Doe alleges that Manson told her he would “bash her head in” if she reported the alleged assault to authorities. The refiled suit also reportedly states that Jane Doe should qualify for the delayed discovery rule due to the fact that she initially repressed memories of the alleged assault.

The original complaint was filed in May of this year. It is one of multiple lawsuits that have been brought against Manson recently. In April, the actress Esmé Bianco sued Manson for sexual assault and sexual battery. In mid-May, a former assistant of the singer sued him for sexual assault, battery, and harassment. In June, Manson was sued by model Ashley Morgan Smithline for sexual assault, sexual battery, intentional infliction of emotional distress, and unlawful imprisonment. He was also named an alleged abuser by the actress Evan Rachel Wood earlier this year.

Manson is currently under investigation by the Los Angeles County Sheriff’s Department for allegations of domestic violence incidents that fell between 2009 and 2011. This month, Manson pleaded not guilty in New Hampshire on two counts of Class A misdemeanor Simple Assault, stemming from an alleged incident during a 2019 concert.