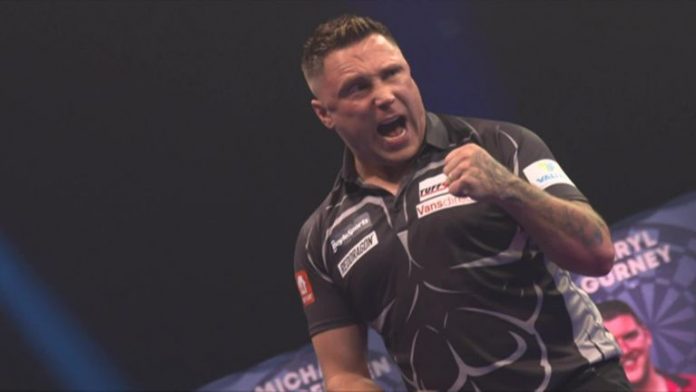 The top 16 players from the two-year PDC Order of Merit are joined by the top 16 ProTour Order of Merit Qualifiers for the World Grand Prix to be played at the Morningside Arena, Leicester from October 3-9 – live on Sky Sports

The World Grand Prix draw has thrown up a couple of tasty tungsten tussles with Gerwyn Price up against Michael Smith and Peter Wright facing Rob Cross.

Reigning champion Price warmed up for the defence of his title with an 8-0 whitewash over Mensur Suljovic to win the Gibraltar Darts Trophy at the weekend.

St Helens thrower Smith reached the last 16 of the prestigious double-start event in 2015 and 2019 and will look to prove himself against the top seed as the highest ranked unseeded player.

Wright, the 2018 runner-up, will go up against former world champion Cross in another blockbuster opening clash at the Morningside Arena, Leicester from October 3-9 – live on Sky Sports.

Fourth seed James Wade has been drawn to face Damon Heta, who is among six debutants in the field. Dimitri Van den Bergh has been handed a tricky opening tie against ‘Heavy Metal’ Ryan Searle.

Gary Anderson, a runner-up in the event five years ago, will meet Ian White, with Jose de Sousa taking on Glen Durrant and two-time runner-up Dave Chisnall in action against Suljovic.

Darts is back on your Sky Sports screens when the World Grand Prix gets underway – join us for coverage from the Morningside Arena, starting on Sunday, October 3. Check out daily Darts news on skysports.com/darts, our app for mobile devices and our Twitter account @skysportsdarts