Home Lifestyle 14 Bald Halloween Costumes So Easy You Might Just Want to Dress... 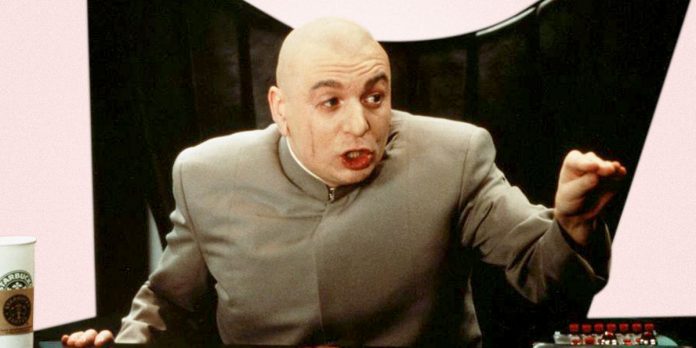 I’m going to let you in on a little secret: When it comes to Halloween, if you’re bald, the world is your oyster. Long ago, so let’s just say “pre-bald you,” October 31 probably required some serious effort. You had the whole to wig or not to wig dilemma. (Been there.) You probably stood in front of your bathroom mirror with the inner thought of whether your current haircut could pass as part of the costume. (Also, been there.) And don’t even get me started on the whole styling your hair ordeal, but now, thanks to your smooth as hell head, this whole dressing-up thing is a piece of cake.

While the dressing-up piece is a bit easier, you still have the whole “choose your costume” deal to handle. Lucky for you, I did the hard part for you and found some of the best costumes for bald people around. Some will bring laughs, others a bit of scare, but most importantly, they’re the kind you can do last-minute. So go forth, and get ready for Halloween 2021 to be as easy as giving candy to a baby.

1 Morpheus from ’The Matrix’

Sure, Laurence Fishburne won’t be returning as Morpheus in the upcoming fourth Matrix movie but you can keep the magic alive by going as none other than the man himself this All Hallows Eve.

2 Round Clip On Nose Sunglasses

It doesn’t get more late ’90s fashion than this.

The most loveable Chechen mobster around, everybody: Mr. Noho Hank! Grab your nearest polo, a nice watch, a sharpie to recreate some of his questionable ink, and you’re good to go.

It’ll fit nice and snug, just how Hank would like it.

All those hours spent over-analyzing every little detail from the docuseries The Last Dance should go towards something, right?

If you escaped the depths of your collegiate days without a collection of NBA jerseys, I salute you. Make up for lost time with a bone a fide icon: the classic Bulls-era Jersey.

You too can go as the most famous bald child this world has ever seen: Mr. Charlie Brown! Corral your friends together and have them fill out the rest of Peanuts crew to really sell this ‘fit.

Dressing up as a Jedi is always a good idea, even if your character doesn’t necessarily have a happy ending.

A sure winner, especially when paired with this.

11 Dr. Evil from ‘Austin Powers: The Spy Who Shagged Me.’

Is Dr. Evil the most villainy villain around? Hell no! But is recreating this costume super easy? Hell yes!

Now all you’re missing is a hairless cat! (Like I said, dude: so easy.)

While there’s a plethora of characters you can dress up as from the Fast & Furious franchise, there’s just something about Dwayne Johnson’s Hobbs that feels oh so right.

With backings from celebs to normies, Richer Poorer knows how to make really great basics, like this ultra-soft tee.

15 Bane from “The Dark Knight Rises’

Sure, every Halloween is filled with your usual DC Comics villains, but how often are they Bane?

Now all you have to do is work on perfecting your Bane impression.

If you’ve got a shaky hand feel free to skip copying Tyson’s signature face tattoo and set your sights on going as the younger version of the famous boxer.

Finally! A Halloween costume prop you can use for just more than your costume.

Channeling your inner Mr. Worldwide is easier than you think. Throw on your best suit and most oversized aviators, snag a microphone, and hit the road.

A pair of shades that’ll compliment any face shape.

Do you have a bold suit hanging in your closet that’s been waiting to see the light of day? Pair it with a really great pair of frames, and you have just one of RuPaul’s many (many) signature looks in the bag.

It’s been a while since Walter White graced our TVs, but the character’s signature style can easily be located in almost any wardrobe. All you’ll need for this costume is a lightweight jacket, a neutral-colored pair of trousers, and some loafers.

A jacket that you’ll wear long past October 31.

25 Voldemort from the ‘Harry Potter’ Franchise

If playing the bad guy means you’ll avoid the dreaded “Who are you supposed to be?” question all night, going as He Who Should Not Be Named doesn’t sound so bad.

An essential of the Halloween costume wardrobe: the classic black hooded robe.

The suit! The chance to pretend like you host a game show! The opportunity to see if you, too, could pull off a mustache! C’mon, you got this.

iPod at 20: A complete timeline of Apple’s iconic music player

Hands-on with the original iPod: ‘Definitely’ worth $399

Twenty years ago, the iPod paved the way for Apple’s success