Home Sport T20 World Cup: All you need to know 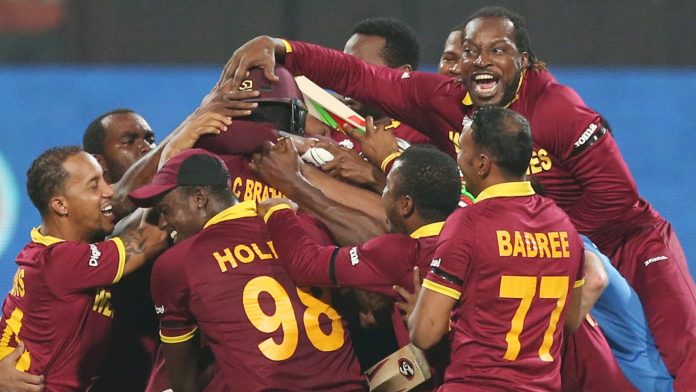 How does the T20 World Cup work? Who is in which group? When and where are the games being played? What are they key matches? Who are the bookies’ favourites? Check out our handy guide ahead of a tournament you can watch live and in full on Sky Sports in October and November

When does it start?

The first round gets underway on Sunday with Oman against Papua New Guinea followed by Scotland against Bangladesh. The Super 12 stage – featuring heavyweights India, Pakistan, England, Australia and West Indies – begins a week later on October 23, with the semi-finals set for November 10 and 11 and the final taking place on November 14. Both semi-finals and the final have a reserve day in case of bad weather.

How does the format work?

Eight teams are involved in round one – Ireland, Namibia, Netherlands and 2014 champions Sri Lanka in Group A and then Bangladesh, Oman, Papua New Guinea and Scotland in Group B. Sides play the other teams in their group once, with the top two teams from each pool reaching the Super 12.

How did the sides make it to round one?

Sri Lanka and Bangladesh qualified directly for the T20 World Cup after being in the top 10 of the T20I rankings at the cut-off point in December 2018 but as they were outside the top eight at that point – Bangladesh ninth and Sri Lanka 10th – they were entered into round one as opposed to automatically moving into the Super 12.

Where are the games being played?

The tournament was moved from its initial venue of India due to the high number of coronavirus cases in the country and will now be played in the United Arab Emirates and Oman instead.

The Group A fixtures will take place in Abu Dhabi and Sharjah, while all games in Group B will be played in the Omani capital of Muscat.

The Super 12 stage is an all-UAE affair with matches in Abu Dhabi, Sharjah and Dubai. There will be a semi-final apiece in Abu Dhabi and Dubai, before the final is staged in Dubai.

Can I watch every game on Sky Sports?

Who are the defending champions?

That would be West Indies, who beat England in dramatic style in Kolkata five years ago when Carlos “Remember The Name” Brathwaite struck Ben Stokes for four successive sixes in a last over which had begun with the Caribbean side requiring 19 for victory. West Indies’ win made them the first two-time T20 World Cup champions, having also won the 2012 edition in Sri Lanka. India (2007), Pakistan (2009), England (2010) and Sri Lanka (2014) are the other sides to have won the T20 World Cup.

Who are this year’s favourites?

Sky Bet currently has India as the team to beat at 5/2, followed by England at 3/1 and West Indies at 6/1. But, as Benedict Bermange has explored, being the favourites heading into previous T20 World Cups has been somewhat of a poisoned chalice…

What are some of the standout games?

Everyone looks forward to the tournament meetings between India and Pakistan, a fixture we are otherwise starved of. This year’s tussle takes place in Dubai on October 24. A repeat of the 2016 final happens 24 hours earlier at the same venue as West Indies vs England kicks off the Super 12 stage. England play Australia in Dubai on October 30, while, depending on how the first round pans out, Eoin Morgan’s men could meet Scotland in Abu Dhabi on October 27 and Ireland in Sharjah on November 1.

Where can I see the full squads?

Click on this link to see how the 15-man squads shape up.