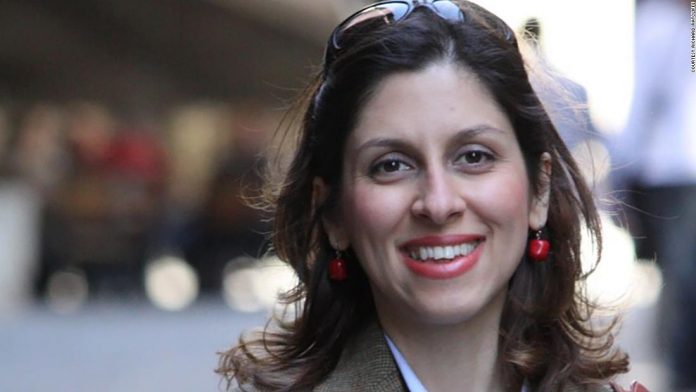 “Nazanin’s lawyer was called today by the Judiciary and informed that the appeal on her second case failed,” the Free Nazanin campaign wrote on its official twitter account, adding that there had been “no court hearing.”
“Sentence of 1+1 years upheld by Judge Babai, Court 54. No summons date yet for prison,” the campaign wrote.
Zaghari-Ratcliffe was handed a second jail sentence and travel ban on charges of spreading propaganda against the regime at the end of April. She had been first detained at a Tehran airport in April 2016 following a vacation to see her family with her daughter.
She was accused of working with organizations allegedly attempting to overthrow the Iranian regime and was later convicted and sentenced to five years in jail.
Zaghari-Ratcliffe and her employer, the Thomson Reuters Foundation, have repeatedly denied the espionage charges against her.
After the latest setback in her case, Zaghari-Ratcliffe has asked to speak to British Prime Minister Boris Johnson, in the hopes that he secure her release with the Iranian delegation traveling to Glasgow for COP26.
“Nazanin has asked to speak with the PM – he invited the Iranian President to Glasgow next month for #COP26 – it is time for him to sit down with the Iranians and end this finally,” the Free Nazanin campaign tweeted on Saturday.
Zaghari-Ratcliffe was given British diplomatic protection in 2019 and has been designated a prisoner of conscience by Amnesty International.
She has undertaken at least three hunger strikes during her detention, one of them in a desperate bid to seek medical treatment for lumps in her breasts and numbness in her limbs. Last February, her family said she believed she had contracted Covid-19 in Evin Prison outside Tehran.
In 2019, her supporters said she was transferred to mental ward of a hospital in Tehran and was being denied visits from her father.