Home Sport United States GP: When to watch it all live on Sky 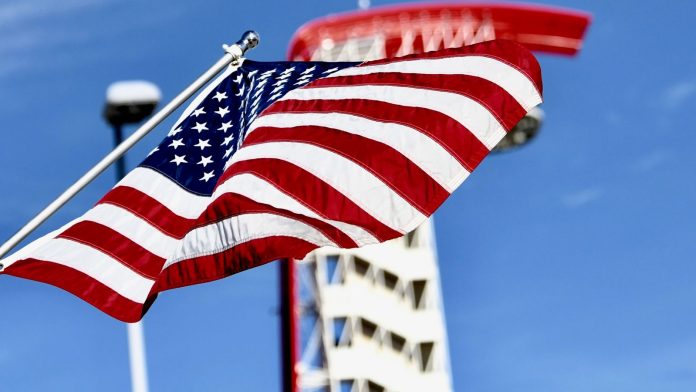 Evening start times: 10pm for Qualifying on Saturday; 8pm lights out for Sunday’s Grand Prix; live on Sky Sports F1 and Main Event F1 back in America for first time in two years with just six points in it between Verstappen and Hamilton

It’s time for the return of one of the biggest events of any Formula 1 season – the United States Grand Prix.

Back on the calendar after missing out in 2020 due to the pandemic, the Circuit of the Americas in Austin has established itself as one of the sport’s showpiece events with the required razzmatazz to go with the racing around the undulating circuit in the Texan capital.

Indeed this weekend marks the first of three races in The Americas in the space of the next four weeks, meaning evening start times return for the key sessions for UK audiences on Sky Sports F1:

Lewis Hamilton is the most successful driver in the history of the US GP with six victories, five of which have come at COTA, and needs another here if he is to wrestle back the championship lead from Red Bull’s Max Verstappen.

Sky Sports F1 welcomes a US racing icon to the team in Austin, Danica Patrick, who joins a punditry line-up including Martin Brundle and Jenson Button.

Sky F1’s live coverage from COTA begins on Thursday night with The F1 Show, while there’s a special programme ahead of our usual qualifying build-up on Saturday evening looking at the engrossing title battle between Hamilton and Verstappen so far with six defining – and deciding – rounds to go this season.

Prime-time viewing all weekend: don’t miss any of it!