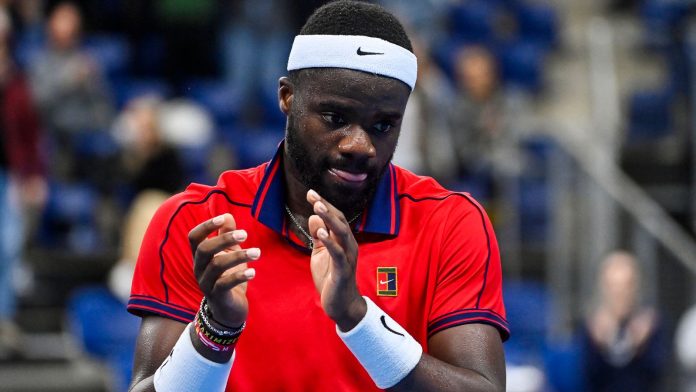 Frances Tiafoe takes to social media to praise Andy Murray’s efforts after their titanic three-set match at the European Open in Antwerp; the American said: “You’re the biggest competitor I know the respect I have for you is through the roof”

Frances Tiafoe says Andy Murray is a “true inspiration” after sharing his “love and respect” for the former world No 1 following their titanic Antwerp classic on Tuesday night.

Murray battled past American Tiafoe in an epic contest lasting three hours and 45 minutes to reach the second round of the European Open.

It was the longest best-of-three-set match of 2021, breaking the mark set by Rafael Nadal and Stefanos Tsitsipas in the Barcelona Open final.

The Scot and Tiafoe embraced and shared a few words at the net in a match in which Murray showed great stamina alongside his 23-year-old opponent.

“I don’t even really know what to say. Last night was just insane. It definitely hurts to be on the wrong side of the stick after a match like this….but damn that’s why I play this game,” wrote Tiafoe.

“To battle the best players in the world. We sure did battle 2 out 3 sets in 3 hrs and 45 minutes. I’m still hurting bro. Gotta S/O @andymurray you a true inspiration bro.

“Everything you been thru and you’re playing at this high of a level and still keep your standards extremely high. Asking for the best out of yourself and then some. All while having a metal hip.

“You’re the biggest competitor I know the respect I have for you is thru the roof. As much as I wish I beat yo a** last night. To share a historic match like that glad it was against you man. Nothing but love and respect for SIR ANDY MURRAY.”

Murray responded to Tiafoe’s post by writing: “Great battle youngster. It’s not easy out there.”

Speaking during his press conference the 34-year-old revealed he spent 30 minutes chatting to Tiafoe in the locker room about their gruelling encounter.

He said: “Maybe once or twice before I’ve had that sort of conversation, but very short. Once with Jurgen Melzer at the US Open after I beat him in five sets and then another time after playing Jarkko Nieminen because we were getting ready to speak to The Queen after we had just played.

“We were sort of standing next to each other so we had a chat about the match.

“Obviously me and Frances had a long chat and the embrace at the end. So much went into it. I don’t remember loads of the points but obviously the end was special. I’ve never played a match like that on the tour.”