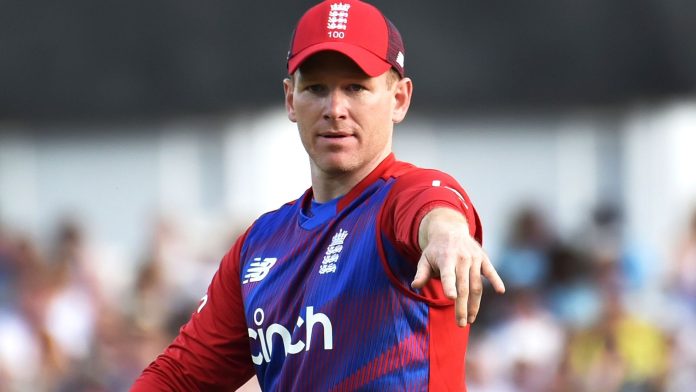 Ahead of the start of England’s ICC T20 World Cup campaign, we look at some of the strengths of a side aiming to lift the trophy and the areas of concern; watch England vs West Indies from 2.30pm, Saturday live on Sky Sports Cricket

England begin their ICC T20 World Cup campaign against West Indies on Saturday in a repeat of the 2016 final.

Carlos Brathwaite ensured that tournament five years ago ended in heartbreak for Eoin Morgan’s side, who had exceeded expectations with their run to the final, but, in the years since, England have established themselves as one of the teams to beat in white-ball cricket.

After glory in the 50-over World Cup on home soil in 2019, England are now aiming to become the first side to hold both the 50-over and T20 titles at the same time.

The absences of Jofra Archer, Ben Stokes and Sam Curran have made the task that much harder, but England remain among the favourites to leave the UAE in mid-November clutching the trophy.

On the eve of the Super 12s, we look at England’s reasons for optimism, as well as the issues causing a little concern…

Morgan form on the floor

It is not a great sign when the captain has to talk about a willingness to drop himself if required ahead of the start of a major tournament, but, such is Morgan’s form with the bat, it was inevitable that he would be asked the question.

The 35-year-old left-hander scored only 49 runs in four T20 innings against Sri Lanka and Pakistan over the summer and there was no improvement during the latter stages of the IPL, where he averaged just 11 and registered four ducks for Kolkata Knight Riders. It is far from ideal.

However, over the years, the Irishman has shown himself to be, perhaps, the ultimate feast or famine batter. He will go through spells where every run, innings after innings, looks like hard work and then, seemingly from nowhere, everything will click into place and the runs flow. Once the tide turns, either for good or bad, it tends to stay that way for some time.

So, the good news for concerned England fans is that if Morgan does get himself into rhythm in the coming games, history tells us he is likely to maintain it throughout the tournament and beyond.

Of course, the meagre returns may continue but it is hard to see England dropping their World Cup-winning skipper. Whether or not he is scoring runs, Morgan is one of the top white-ball captains in world cricket and has proven it time and again. You only have to go back to the recently-concluded IPL for the latest evidence, he barely scored a run and yet he managed to lead KKR all the way to the final.

His tactical nous and composure on the field are enough to warrant a place in the XI but a return to form with the bat would still be a huge boost for England.

Drop the No 1 batter in the world?

Dawid Malan averages 43.19 with one century, 11 fifties and a strike-rate a fraction under 140 in T20 internationals. He is also the No 1-ranked T20 batter on the planet – and yet his place in the England side is under threat.

That speaks of the batting talent England have at their disposal – we will get to that shortly – but also to an untimely dip in form that has brought his approach into sharp focus.

Despite his healthy strike-rate, Malan is something of a slow starter and given that he is often in during the powerplay, even during good times when it seemed that he was racking up a half-century every time he batted, there were questions over whether he was eating up too many deliveries during the most favourable time to bat.

When Malan does get himself in, that scoring rate tends to rise pretty quickly but when he is not able to kick on, the downside of his approach becomes very apparent with a run-a-ball 18 and 11 from 15 balls in England’s two warm-up matches being prime examples.

Morgan has said Malan has a “strong chance” of retaining his place for the West Indies match but if the runs do not return soon, England are not short of options to bat in the top three.

Even with two of the top six struggling of late and Stokes unavailable, England still possess a batting line-up with the power to match any side in the world – and given what India and West Indies have at their disposal, that is no mean feat.

Jos Buttler is one of the world’s leading white-ball batters, averaging 51.47 in T20Is since moving to the top of the order, and showed there are no issues around his form with a blistering 73 against New Zealand, while Jason Roy is another stalwart of England’s white-ball revolution since 2015 and looked in good touch in his recent IPL stint with Sunrisers Hyderabad.

The list of explosive hitters just goes on. Jonny Bairstow chose to sit out the IPL but returned with a typically brutal knock against India, Liam Livingstone is coming off the summer of his life – both for England and in domestic cricket – while Moeen Ali played a vital role as Chennai Super Kings won the IPL and cracked an unbeaten 43 off 20 balls in the warm-up against India.

If Malan and Morgan can get back to anywhere near their best as well then an already formidable-looking line-up will take some stopping.

On the face of it, England really do not lack for bowling options late in the innings. Chris Jordan has earned a reputation as a highly reliable option at the death and was a key part of the run to the final in 2016, while Chris Woakes has plenty of experience in the role, too, albeit more in 50-over cricket than T20 at international level.

Based on the warm-up matches, they are the two likely to be tasked with bowling those crucial overs during the tournament but neither has really nailed it in the lead up, with India able to blast their way to victory with an over to spare and New Zealand’s tail taking them a little closer to their target than England would have been comfortable with.

This is the area where England most miss Archer. As impactful as he can be with the new ball, in Woakes, David Willey and Mark Wood, although he is more likely to be used as an enforcer in the middle overs, they have seamers well suited to performing that task, while on turning tracks in the UAE, spin is also an option up front.

However, the searing pace, unerring accuracy and a variety of slower balls make Archer incredibly difficult to replace at the death. Fortunately, in Tymal Mills, England do have something of a left-arm equivalent. Mills starred for Sussex in the Vitality Blast and for Southern Brave in The Hundred and, having earned an England recall after five years away, he could hold the key to England’s bowling success at the death. No pressure, Tymal…

Spin is always likely to play a big part in a tournament set in the UAE. For England, that means all eyes will be on Adil Rashid. Ali and Livingstone will be on hand to bowl a few overs but, in reality, it is the leg-spin of Rashid that Morgan will be most reliant on throughout the tournament.

And given Rashid’s performances in recent years, why wouldn’t you rely on him? Previously criticised for a lack of consistency, the Yorkshireman’s control is now among his most notable attributes and, added to ability to turn the ball big and a fine array of wrist-spin variations, it makes him a nightmare for opposition batters.

It also makes him an extremely flexible bowler, capable of bowling at just about any stage of an innings. In the past couple of years, Morgan has both opened the bowling with Rashid and turned to him at the death as well as using him in the middle overs, where the spinners traditionally find themselves.

That flexibility could be priceless to Morgan as the tournament progresses, with Rashid, who at 33 only seems to be getting better, sure to play a crucial role in any England success.

This England team under Morgan is used to winning. Over the past six years, defeats of any kind have been rare and series defeats even scarcer still. They have that winning habit and the way in which they have maintained it suggests it is something they are rather fond of.

Winning bilateral series is one thing, of course, tournament success is another and after that glorious day at Lord’s in 2019, this team has that box ticked as well. This is a side that knows it can deliver when it matters most, in those pressure moments, overcome setbacks and, most importantly, win.

Past success may not guarantee anything but having that lived experience of what it takes is a very valuable commodity. They have the talent and if, as they hope, England find themselves at the sharp end of the competition, it could be that knowledge of previous triumphs on the world stage that gets them over the line.

Watch the T20 World Cup live on Sky Sports between now and November 14 – including England’s opening game of the tournament against West Indies on Saturday at 2.30pm on Sky Sports Cricket and Main Event.

China launches aggressive campaign to get 85% of citizens speaking Mandarin...