Home Culture Dave Chappelle and ‘The French Dispatch’ show even the most gifted talent... 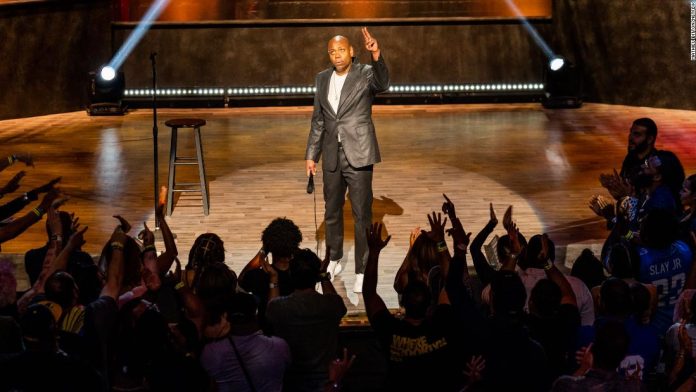 Yet watching the Dave Chappelle special that has spurred controversy at Netflix, Jon Stewart’s new show for Apple TV+ and most recently director Wes Anderson’s latest star-studded movie “The French Dispatch” makes a pretty potent case that anyone, no matter how talented, can occasionally use an editor.
Netflix has benefited from the perception that creative types can come to the service — hungry for content as it is — and produce projects with relatively little interference. It has clearly become a selling point (along with gobs of cash, obviously) for attracting marquee names, such as allowing director Martin Scorsese’s “The Irishman” to run a “The Ten Commandments”-esque 3 ½ hours.
Before Netflix, of course, there was HBO, which has also cultivated a reputation for nurturing talent. But the network (like CNN, a unit of WarnerMedia) ran into a bit of a buzzsaw this summer over Spike Lee’s four-part documentary “NYC Epicenters,” when the filmmaker extensively included unfounded conspiracy theories from 9/11 truthers in the final installment.
After reporters who saw early screeners flagged the episode, Lee announced that he was returning to the editing room, and those portions wound up excised. In this case, though, the key editing notes came from outside HBO, which made have spared both the director and the network headaches had someone raised the issue sooner.
Known for his quirky features, Anderson has also been allowed to run unfettered in “The French Dispatch,” a meticulously produced ode to magazines like the New Yorker that, thanks to the director’s reputation, assembled a virtual who’s-who of Hollywood stars, including Frances McDormand, Tilda Swinton, Timothée Chalamet, Saoirse Ronan, and Bill Murray — in some cases playing what amount to blink-and-you’ll-miss-them roles.
It’s lovely to look at, but also an almost non-narrative movie. Adapting three quirky “stories” from the pages of a fictional magazine, the gimmick represents a sweet tribute in theory that becomes increasingly tedious as it whimsically but uneventfully drags from sequence to sequence.
A helpful studio executive might have told Anderson it was a cute idea — worthy of a series of shorts, perhaps, for a hungry streaming service — but not exactly a movie. At least, not one you can picture many people paying to see.
Finally, there are Chappelle and Stewart, comedy heavyweights who have earned plenty of latitude but still feel motivated to push further.
In Stewart’s case, that meant turning his Apple series, “The Problem,” into a more conventional newsmagazine that treats issues seriously and significantly downplays the humor.
That’s not bad, necessarily, and reviews complaining about the lack of laughs missed the point, since the show doesn’t really seek to elicit them. But a note might have been that Stewart could capitalize a bit more on his comedic gifts and still convey the message, as he did on “The Daily Show.”
As for Chappelle, while the comic prides his role as a provocateur, it doesn’t sound unreasonable for Netflix — the network paying millions for his specials — to ask whether needed to revisit transgender issues so extensively after causing a stir with his previous material about the transgender community.
“Dave, you’re a genius, and we support your right to express yourself,” the conversation might have gone. “But wouldn’t it be prudent to move on to something else?”
Of course, there’s always the risk that Chappelle would have bowed out. As he notes in the special, it’s not like he needs the money, or lacks options.
On the flip side, it’s not like Netflix, HBO or even fledgling Apple desperately needs any single piece of content either.
Admittedly, executives are never the heroes in Hollywood tales. Over the years, plenty of artists have shared stories about brilliant projects that were rejected, having to overcome impediments from bosses eager to implement creatively destructive changes.
The late comedy writer Leonard Stern (“Get Smart,” among others) memorialized that dynamic in the book “A Martian Wouldn’t Say That,” consisting of actual bone-headed notes (the title comes from the 1960s sitcom “My Favorite Martian”) sent to writers by TV executives.
Occasionally, though, the second-guessers honestly have a point. And even the most talented filmmakers and performers need someone to tell them, “You know, just because a Martian might say that doesn’t automatically mean that it should.”