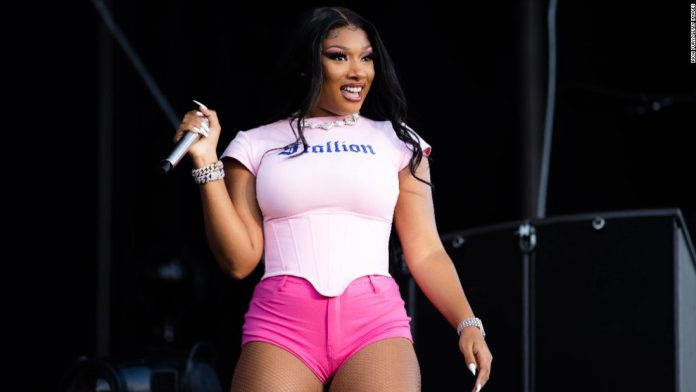 Megan Thee Stallion posted her Halloween costume on Sunday, and the rapper is completely unrecognizable as Pinhead from the 1987 horror movie “Hellraiser.”
“Pain has a face. Allow me to show you. Gentlemen I am pain,” the rapper wrote in the caption, referencing a line from the movie, along with a #hottieween hashtag.
With needles sticking out of her head and all white body paint, Megan stunned fans with the new look.
“Scary how good you look … even dressed as an acupuncture face white man,” wrote boyfriend Pardi Fontaine.
Though Halloween is still days away, other celebrities have been dropping hints about their costumes.
Klum, for example, has been dropping hints regarding her costume all month, in preparation for what she’s dubbed #HeidiHalloween2021. In 2019, she revealed a full-body prosthetic zombie-alien outfit, taking nearly half a day to apply.
Beyoncé has yet to debut her look, but she’s never been one to mess around — in 2018, she dressed up as Lisa Bonet, and in 2017, she was Lil’ Kim.