Home Culture ‘I said what I said’: Dave Chappelle hits out at ‘cancel’ culture... 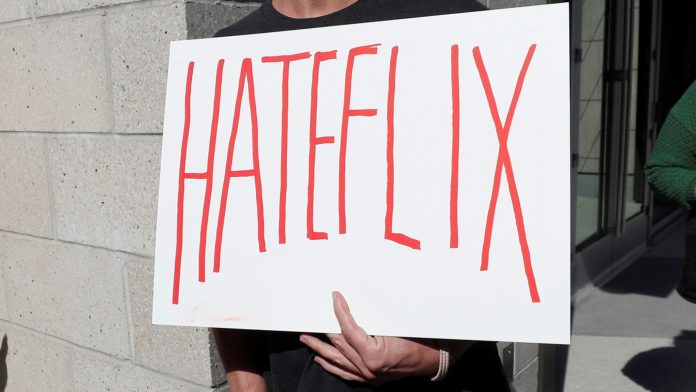 Comedian Dave Chappelle – whose Netflix special sparked a backlash for its comments about the LGBT+ community – has doubled down on his remarks and hit out at “cancel” culture.

Chappelle, one of the biggest names in American comedy, told his audience that “gender is a fact” in his hour-long Netflix special The Closer.

In his first public remarks since the controversy, he posted on Instagram that he was willing to discuss his show with members of the transgender community but added that he is “not bending to anybody’s demands”.

“If they had invited me I would have accepted it, although I am confused about what we are speaking about,” he continued.

“I said what I said and boy I heard what you said. My god, how could I not?

“You said you want a safe working environment at Netflix. Well, it seems like I’m the only one that can’t go to the office anymore.”

Last week, the streaming giant’s decision to air the show saw Netflix employees walk out in protest. A rally at the company’s offices drew around 100 people.

Chappelle claimed the controversy has resulted in him being disinvited from film festivals around the world.

He said: “Today, not a film company, not a movie studio, not a film festival, nobody will touch this film.

“Thank god for Ted Sarandos and Netflix – he is the only one that didn’t cancel me yet.”

Sarandos, the Netflix chief content officer, has acknowledged he “screwed up” in how he handled the controversy among his staff.

However, he said in interviews ahead of the walkout the language used in the show did not cross the line into inciting violence.

Chappelle said: “To the transgender community, I am more than willing to give you an audience.

“But you will not summon me. I am not bending to anybody’s demands.”

A number of Netflix stars have expressed their support for Netflix staff over the walkout.

Elliot Page, who starred in The Umbrella Academy and is transgender, tweeted: “I stand with trans, nonbinary, and BIPOC (Black, Indigenous and People of Colour) employees at Netflix fighting for more and better trans stories and a more inclusive workplace.”