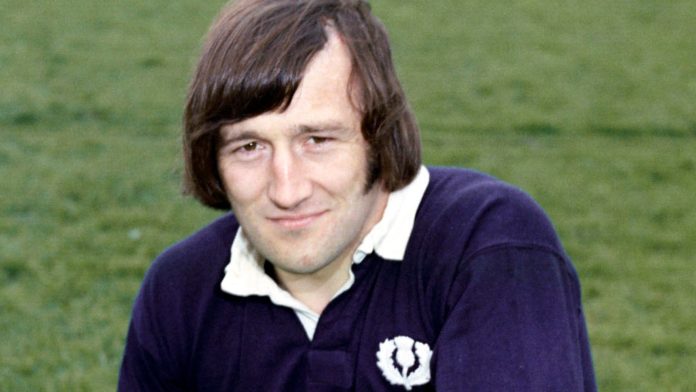 Sandy Carmichael, who was awarded an MBE in 1977, earned 50 caps for Scotland between 1967-1978 and part of Lions squads in 1971 and 1974; Scottish Rugby described him as ‘a giant of the game’ while the Lions said he was ‘one of the bravest as well as fairest players to grace the game’

Former Scotland and British and Irish Lions forward Sandy Carmichael has died at the age of 77.

During a fiery encounter against Canterbury during the 1971 Lions tour, Carmichael fractured his cheekbone in five places but managed to finish the game.

“He was a giant of the game in Scotland in many ways and our thoughts and condolences go to his friends and family at this time.”

The British and Irish Lions tweeted: “We are saddened to learn of the death of Lion #497 Sandy Carmichael MBE.

“Carmichael was part of the revered 1971 & 1974 squads and was recognised as one of the bravest as well as fairest players to grace the game.

“Our thoughts go to his friends and family at this time.”