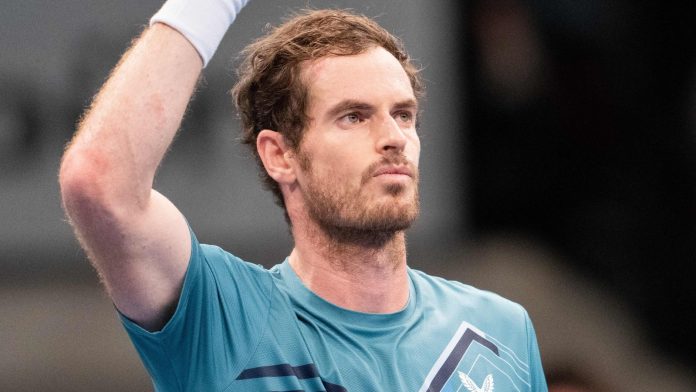 Andy Murray says it’s just a matter of time before he starts going deeper in tournaments; the two-time Wimbledon champion also says he will play in Stockholm, with the hope of a wild card for Paris Masters, but he’s “not planning” on playing Davis Cup, saying he wants a proper off-season

Andy Murray says it is just a matter of time before he makes a breakthrough following his exit at the Vienna Open, while he has no plans on playing Davis Cup.

The former world No 1 said his defeat in the second round to Spanish teenager Carlos Alcaraz was just another bump in the road and he remains convinced it is just a matter of time before he is going deep into tournaments and winning again.

Murray, who had hip surgeries in 2018 and 2019 and is currently ranked 156th, was also knocked out in the second round in Antwerp, third round at Indian Wells and second round in San Diego earlier this month.

“I’m not going to keep losing in the second and third round of tournaments,” said Murray, who has not won a men’s singles title since his 2019 triumph in Antwerp.

“I will get better and I will improve and I will break through in one week, or two weeks, or a few months. It will happen. I obviously would like it to be happening quicker than what it is.

The Scot also admitted it is “possible” he could still change his mind with Great Britain captain Leon Smith having left one space open in his Davis Cup team for the finals in late November.

Cameron Norrie, Dan Evans, Joe Salisbury and Neal Skupski have been selected for group-stage ties against France and the Czech Republic in Innsbruck.

“I’m definitely playing in Stockholm (6-13 November) and Paris (1-7 November) is looking positive, but not 100 per cent sure yet, so we will wait to see on that,” said Murray.

“Davis Cup is something that I’m not planning on for all the reasons I gave the other day. It is possible I could change my mind as it gets closer but I want a proper off-season and spend some time at home with my family.

“Although my tennis is improving there is still stuff I need to work on. It’s great to do it on the match court but sometimes you need a little bit of time off it to get a good three or four-week block to work on things in your game to really improve it without the pressure of having to do it in matches. With Davis Cup, that wouldn’t really happen, so I’m not planning on it.”