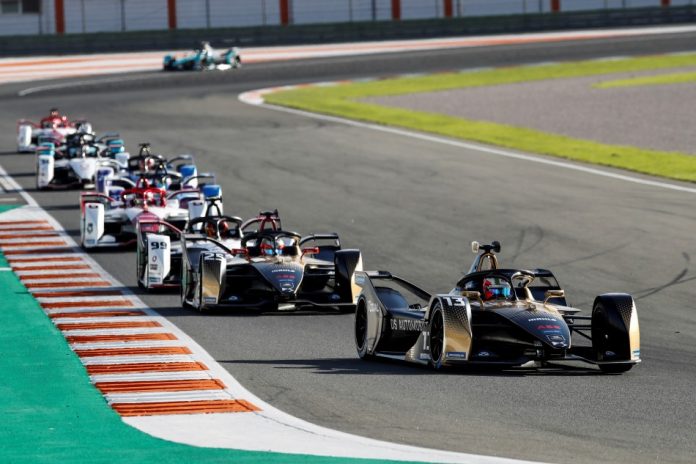 New names, a new qualifying format and new rivalries set to ignite – but the same sensational all-electric racing is firmly in prospect in 2021/22. This week will offer the first glimpse…

This week’s three-day test in Valencia (29 November – 2 December) will present a sneak preview of what lies in store during the eighth campaign of ABB FIA Formula E – its second as a World Championship – with new faces in new places and pre-season bragging rights up for grabs at the Circuit Ricardo Tormo.

The test will allow competitors to sample the increased power of the Gen2 car – entering its final campaign prior to the advent of the eagerly-anticipated Gen3 single-seater for 2022/23 – with 220kW now at their disposal (up from 200kW) and 250kW in ATTACK MODE (previously 235kW).

While there are a number of changes in the 22-strong entry, the line-ups at last season’s top four teams remain unchanged. Nyck de Vries will bid to defend his hard-fought crown with Mercedes-EQ, alongside Stoffel Vandoorne, who was one of the fastest drivers in the field in 2020/21 with an unrivalled three pole positions to his credit.

Mitch Evans and Sam Bird were arguably the most closely-matched pairing on the grid in Season Seven and both are back with the renamed Jaguar TCS Racing outfit – with their sights solidly fixed on silverware.

DS Techeetah is fired-up to recapture the Teams’ title after slipping down to third in 2020/21 and has retained the services of former champions António Félix da Costa and Jean-Éric Vergne, while Envision Racing will again head into battle with the quietly impressive Robin Frijns and Nick Cassidy, who is aiming to build upon a head-turning rookie campaign.

Avalanche Andretti (hitherto BMW i Andretti Motorsport) is another team sporting a new identity. The incumbent Jake Dennis – who so very nearly clinched the crown at his first attempt in Formula E last season – will be flanked by 2019 Indy Lights champion Oliver Askew, with the IndyCar podium-finisher preparing to make his debut in the all-electric single-seater series.

The 2021/22 Formula E campaign will officially get underway with Saudi Arabia’s double-header Diriyah ePrix on 28/29 January, as Jakarta, Vancouver and Seoul all host races for the first time and Mexico City marks a welcome return.

A revised qualifying format will also be introduced, featuring Groups and head-to-head ‘knockout’ Duels and setting the scene for another intriguing season of electrifying competition – the prelude to which, at Valencia’s Circuit Ricardo Tormo, is now just around the corner. Daily reports from the test will be published on fia.com