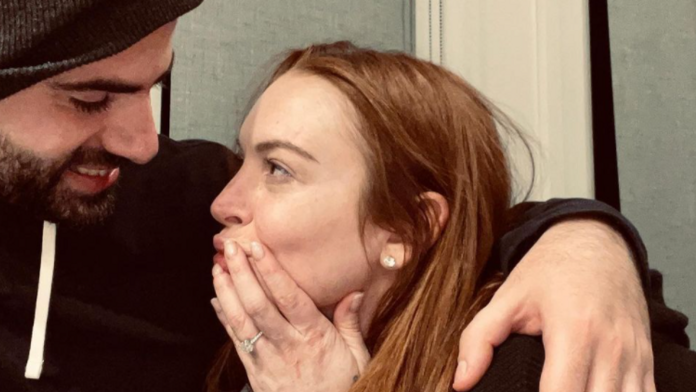 Actress Lindsay Lohan has announced her engagement in a series of loved-up photos on Instagram.

The Mean Girls star, 35, shared the news with a string of black and white photos in which she is seen cuddling boyfriend Bader Shammas and showing off a diamond ring.

She captioned the pictures with a ring emoji, adding: “My love. My life. My family. My future. @bader.shammas #love.”

She shared the news with her almost 10 million Instagram followers, while Shammas has a private account with under 600.

It comes as Lohan makes her return to acting next month in a Netflix Christmas romantic comedy.

The former child star, who found fame as a 12-year-old in the 1998 remake of The Parent Trap, will play a newly engaged hotel heiress who suffers amnesia following a skiing accident.

She finds herself being looked after by a handsome, blue-collar lodge owner and his precocious daughter.

Lohan, who cemented her fame with films including Freaky Friday and Herbie: Fully Loaded, has had a relatively low profile in recent years following a series of high profile personal struggles, including stints in rehab for substance abuse.

Her last film was 2019 horror Among The Shadows.