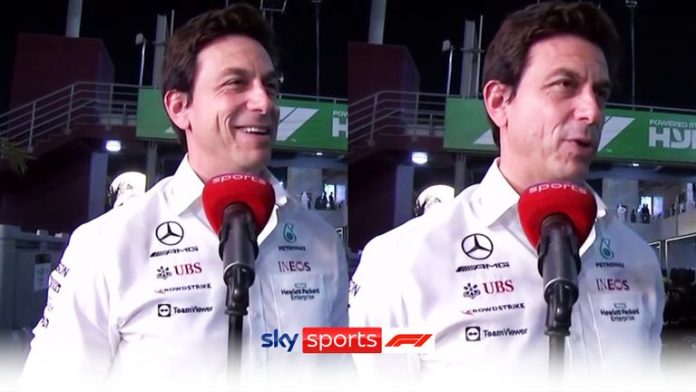 Mark Hughes assesses Mercedes vs Red Bull, the changing form in the 2021 title race and how the last two track layouts could have a huge say on whether Max Verstappen or Lewis Hamilton wins the title; Watch Saudi Arabian GP live on Sky Sports F1 this weekend

Max Verstappen comes into the final two back-to-back events with an eight-point margin but a slower car than that of Lewis Hamilton, his only rival for the world title.

At least, that’s how it was looking off the back of the Brazilian and Qatar grands prix, where Mercedes seemed to have taken a step in performance just as Red Bull stumbled.

The performance of the Red Bull-Honda and the Mercedes has ebbed and flowed all season so there could be yet another inversion to the expected form. That wouldn’t be such a massive surprise given 2021’s volatile competitive order, but as things stand, it looks like Red Bull and Verstappen face a very big challenge in retaining that points lead.

Races won since the summer break

Relative to the rest of the field, the Mercedes took a very big step going into the Brazilian race and that was only partly about the fresh power unit fitted there. Even with an older power unit installed in Qatar, its advantage was still bigger than at any venue other than Brazil. At just this time, Red Bull lost a little relative to the field, with two consecutive tracks which demand a lot of the front end.

The Jeddah track, with plenty of straight and a succession of fast kinks, looks ideally suited to the lower drag Mercedes.

Around high-speed bends where the limiting factor is how much downforce the car generates, the Red Bull looks to be faster. But when those bends are shallow enough they can be taken flat, then the Mercedes tends to be faster, simply because it’s faster on the straight.

How those demands balance out around the new track will be crucial. The experimental new rear wing load test tried out in Qatar may be made into a technical directive here, but both cars comfortably passed the test in Qatar so the flex controversy looks to be a thing of the past.

Two to go: How it stands in the title chases

We can expect the Brazil power unit to be back in Hamilton’s car at what’s sure to be a power-sensitive track. That said, with a qualifying and race already behind it and the performance degradation of the Merc engine quite high, it probably won’t have the power advantage it enjoyed in Interlagos.

Overall, perhaps the Jeddah track favours Mercedes even without the recent boost in form, but as we’ve seen so many times this season, all it takes is a surface or a track temperature which suits one car more than the other and the picture changes dramatically.

Abu Dhabi is traditionally a track placing more emphasis on the rear of the car and as such might in theory favour Red Bull, especially in the last sector with its street circuit-like series of bends and acceleration zones. Red Bull beat Mercedes there fair and square in 2020 but we cannot take that as too much of a predictor for these two cars, which are quite different in their respective strengths and weaknesses compared to last year. Especially with the Mercedes apparently in the ascendant since Brazil, with a rethought set-up that seems to suit Hamilton very well.

If that Mercedes pace advantage carries into these two races, Verstappen’s task is to at least get onto the front row and try to take track position from Hamilton, either at the start or through strategy. With the slower car ahead (if indeed the Red Bull is that), things could get very interesting – because in such a situation Hamilton absolutely must get past. Given their history together this year, it isn’t out of the question that this title could be decided by a stewards decision – which isn’t what anyone wants to see.

If the Qatar result was repeated in Saudi, with Hamilton winning from Verstappen and the latter taking fastest lap, the Red Bull driver would be just two points ahead into the Abu Dhabi finale. Assuming they lead the rest of the field there, as they usually have this year, whichever of them then wins that race takes the title, making the task much more binary. But if Verstappen can somehow beat Hamilton in Saudi and, say, extend his points lead to 14, the route to a Hamilton title is a very tricky one.

Why Denmark took Inuit children from their families