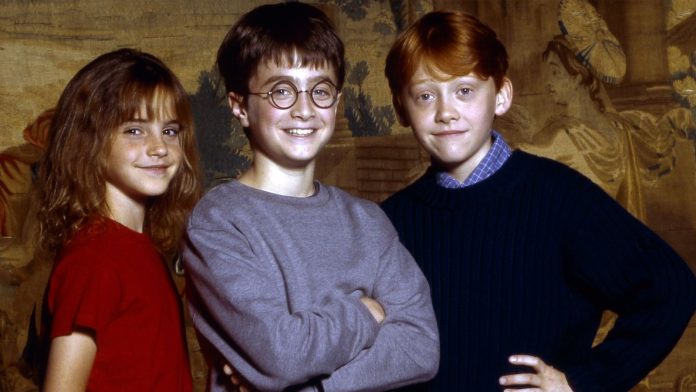 Pack your wand and hop aboard the Hogwarts Express because the Harry Potter 20th anniversary reunion show is coming to Sky and NOW on New Year’s Day.

The previously announced HBO show will feature Daniel Radcliffe, who played The Boy Who Lived in the record-breaking movie franchise, alongside fellow cast members Emma Watson and Rupert Grint as they relive the films which first hit the big screen 20 years ago.

For the uninitiated, the Harry Potter films were based on the novels of the same name, and were about a boy wizard who went to Hogwarts School Of Witchcraft And Wizardry and took on his nemesis Voldemort, who had tried to kill him when he was a baby.

Seven books were made into eight films by Warner Bros, which went on to be the fifth-biggest franchise in movie history. Two Fantastic Beast spin-off films were also released, with a third due out next year.

The series also spawned theme parks and behind the scenes experiences around the world, so that fans feel like they were part of the Wizarding World.

Also coming to Sky is Harry Potter: Hogwarts Tournament of Houses on 29 December – a four-part event hosted by Helen Mirren that will pit Potter fans against each other to win the House Cup.

Not only that, but all the Harry Potter films will be streaming exclusively on Sky from 19 December.

Zai Bennett, Sky’s managing director of content in the UK and Ireland said: “Twenty years ago we welcomed a little bit of cinema magic into the world as Harry Potter and the Philosopher’s Stone had its big screen debut.

“It’s a franchise like no other, enchanting generations of children and adults alike.

“We’re marking the occasion by adding every film in the Wizarding World film series to our cinema line-up this festive season and we’re thrilled to be the exclusive home of the next piece of Hogwarts history, with Hogwarts Tournament of Houses and the Return to Hogwarts, sure to keep Potter fans across the country spellbound.”