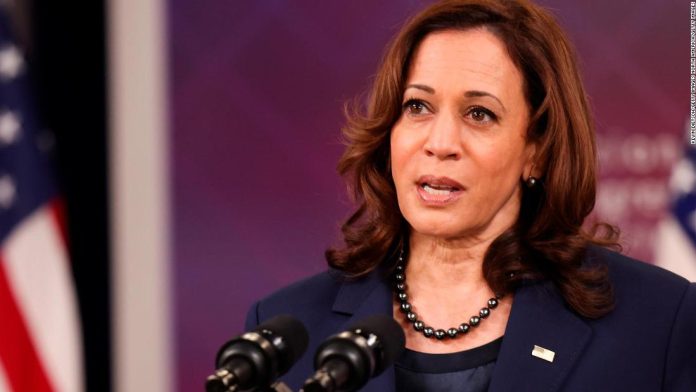 “Without clear norms for the responsible use of space, we face real threats to our national and global security,” said Vice President Kamala Harris, who serves as the head of the National Space Council. “By blasting debris across space, this irresponsible act endangered the satellites of other nations as well as the astronauts on the International Space Station.”
The National Space Council was resurrected during the Trump administration to streamline and synchronize space priorities and policies across the federal government, and it was retained by the Biden administration.
Space has proved to be one of the few areas where the Biden administration has maintained most of the policies of the previous administration — from supporting the Space Force to NASA’s new Artemis program, which aims to return American astronauts to the moon by the middle of this decade.
At Wednesday’s meeting, Harris applauded the Artemis Accords and said the US government must work to expand the number of signatories. Thirteen nations have signed on, and Harris says France and Mexico have indicated they will bring that number up to 15. The United States’ two greatest adversaries in space — China and Russia — have not signed on to the accords.
The Artemis Accords are an international agreement designed to provide a framework for the peaceful exploration of the moon and Mars. Deputy Secretary of State Wendy Sherman described the accords as “this generation’s commitment to the Outer Space Treaty,” the landmark 1967 space law that remains in effect to this day.
While the first meeting of the National Space Council under Harris’ leadership offered a window into the administration’s space policies and priorities, it produced only an outline to guide the council’s efforts.
In addition to promoting the rapid development of rules and norms to govern space, the United States Space Priorities Framework is focused on utilizing space to combat climate change and enhancing STEM education.
Those final two priorities are far more prominent for the Biden administration than the previous one, and they were reflected in an executive order signed Wednesday by President Joe Biden. The order added five members to the National Space Council: the secretaries of education, labor, agriculture and interior, as well as the national climate adviser.
“I believe we have a responsibility to also look to our home planet,” Harris said. “While exploration of space defined the 20th century, the opportunity of space must guide our work in the 21st.”