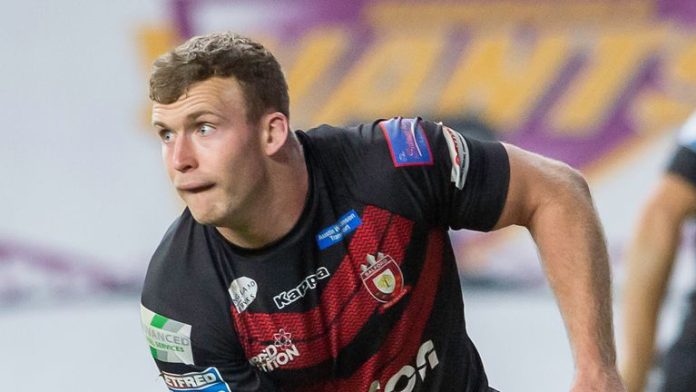 We continue profiling the players moving from the NRL to the Betfred Super League ahead of the 2022 season, looking at those brought in by St Helens, Wigan and Warrington

The second part of our look at the players moving from the NRL for 2022 focuses on St Helens, Warrington Wolves and Wigan Warriors’ new recruits…

The son of iconic former Australia international Paul Sironen, the 28-year-old arrives at Saints with over 100 NRL appearances for Wests Tigers and Manly Sea Eagles to his name. Along with possessing the physical attributes to make an impact in the back row, Sironen has plenty of ball-playing ability too after starting his career in the halves.

Another son of a former Australia international – in this case, John Hopoate – the 29-year-old links up with his Tonga national team boss Kristian Woolf at Totally Wicked Stadium. Hopoate has scored 45 tries in 184 NRL appearances for Manly, Parramatta Eels and Canterbury Bulldogs, as well as being the second-youngest player to play State of Origin for New South Wales.

Lussick already knows all about Super League from his two seasons with Salford Red Devils, which included playing against St Helens in the 2019 Grand Final. After a year back in Australia which saw him limited to nine appearances for Parramatta and released at the end of the season, the 25-year-old will provide another option at No 9 behind James Roby for Saints.

Magoulias, who helped Greece seal a place at the postponed Rugby League World Cup for the first time, moves to Warrington after a year which saw him make 11 appearances for Cronulla. It was the ball-playing back row’s kick which set up the winning try for Newtown Jets in the New South Wales State Championship final in 2019.

Able to play in either the halves or as hooker, Cust brings some versatility to a Wigan team which has been trying to fill the void left by the return of Jackson Hastings to the NRL. He played a big role in Manly’s U20s winning their age-grade competition in 2017 and featured for the Indigenous All Stars earlier this year, being of Aboriginal descent.

🗣 “Coming from the NRL, I don’t want to feel like I can just walk in. I want to earn the respect, start at the bottom, work my way up and hopefully push my way into the starting side.”

A strong middle forward, Ellis has represented both Penrith Panthers and St George Illawarra Dragons in the NRL since making his debut in 2018. The 25-year-old is keen to showcase the attacking, offloading side of his game as well and if he is able to get that going in 2022, he could become one of the Warriors’ dangermen.

Another player signed to bolster the Wigan front row following the mid-season departure of George Burgess and Tony Clubb’s retirement, Mago has played for North Queensland Cowboys, Brisbane Broncos and South Sydney Rabbitohs during a five-season NRL career. He has represented Queensland and Australia at U20 level.