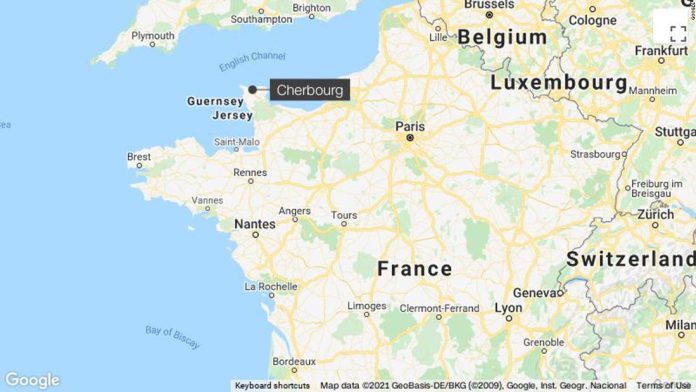 The incident escalated as two female police officers approached the man to question him regarding a car theft.
“He was neutralized with bullets,” the Cherbourg press office told CNN, however they could not say what condition the man was in.
French Interior Minister Gérard Darmanin expressed his support for the police force on a tweet.
“While intervening in a vehicle theft in Cherbourg, two police officers were injured,” Darmanin said, adding, “(My) support to the national police.”
Cherbourg’s mayor Arrivé Benoît also expressed his gratitude for the work of the police, saying, “All my support to the forces of order.”
The two police officers involved are in good condition, authorities said.
Last month, a policeman in the French Rivera city of Cannes survived a knife attack after an assailant approached four officers outside the police station who were preparing to go on control.
The assailant approached the officers asking for information before opening the door of the vehicle they were in and stabbing one of the officers in the chest with a knife, the minister said. The attacker then attempted to stab a second officer before he was neutralized.