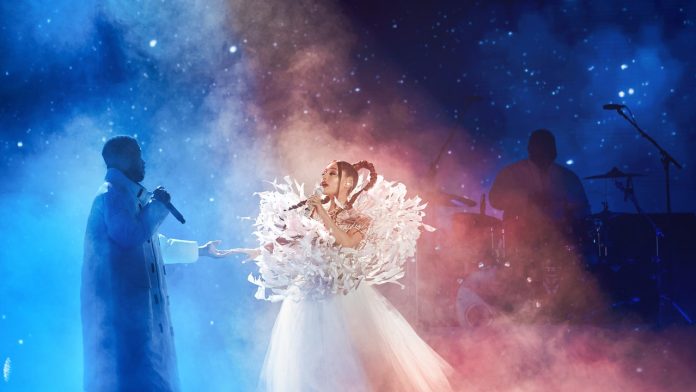 Ariana Grande and Kid Cudi have teamed up for a new song called “Just Look Up.” The track appears on the new soundtrack to the Adam McKay–directed new film Don’t Look Up, which begins streaming on Netflix starting December 10. Listen to the new song below.

Don’t Look Up is the next chapter in both Grande and Cudi’s film careers. Grande was recently cast in the upcoming film adaptation of Wicked. A new documentary about Cudi arrived last month. Ariana Grande and Kid Cudi also last released albums in 2020: Positions and Man on the Moon III: The Chosen, respectively.