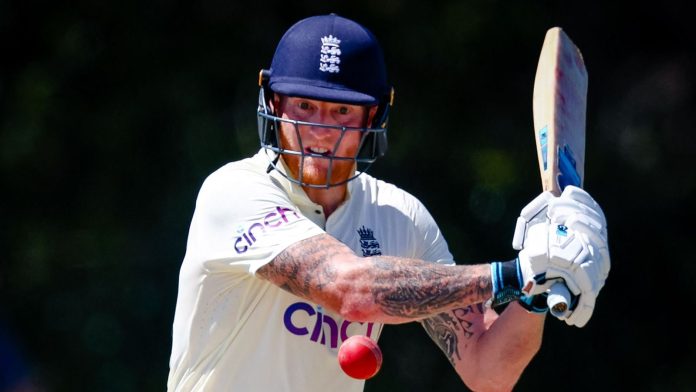 Ben Stokes and Rory Burns were the pick of the batters as England concluded their final warm-up match against England Lions ahead of the Ashes; Joe Root’s side have seen their preparations hit by rain with only two full days of play possible across two tune-up games

Ben Stokes backed up his two wickets on Thursday by scoring 42 runs from 56 balls in England’s final warm-up match ahead of the Ashes against England Lions in Brisbane.

The Lions made 226-4 at Wellington Point in Queensland, with England responding during Friday’s final day with Stokes’s contribution and 37 more from opener Rory Burns, both left-handers retired not out.

Chris Woakes took an early wicket for the Lions as Haseeb Hameed fell for seven, while Dawid Malan and Joe Root also departed for single-figure scores of eight and nine respectively.

4️⃣2️⃣ runs in 56 balls today for @benstokes38 before retiring not out 😍#Ashes pic.twitter.com/0FAaYSSdKU

Jonny Bairstow was dismissed first ball and Jos Buttler second before the game became more akin to middle practice late on with a number of players batting twice and some swapping sides.

That allowed James Anderson the opportunity to bowl again and he proceeded to strike twice in two balls, while Mark Wood also claimed a wicket.

England’s final day of practice cricket in Brisbane descended into “farcical tour match” territory with plenty of players batting twice, swapping teams etc, to the extent that a scorecard may or may not emerge. But given the weather they’ve had, any cricket will do…

England and Australia’s preparations for the five-Test series, which begins at the Gabba on December 8, have been undermined by rain.

England’s three-day practice match last week was washed out except for 29 overs and the first two days of the second warm-up against the Lions were also cancelled without a ball bowled.