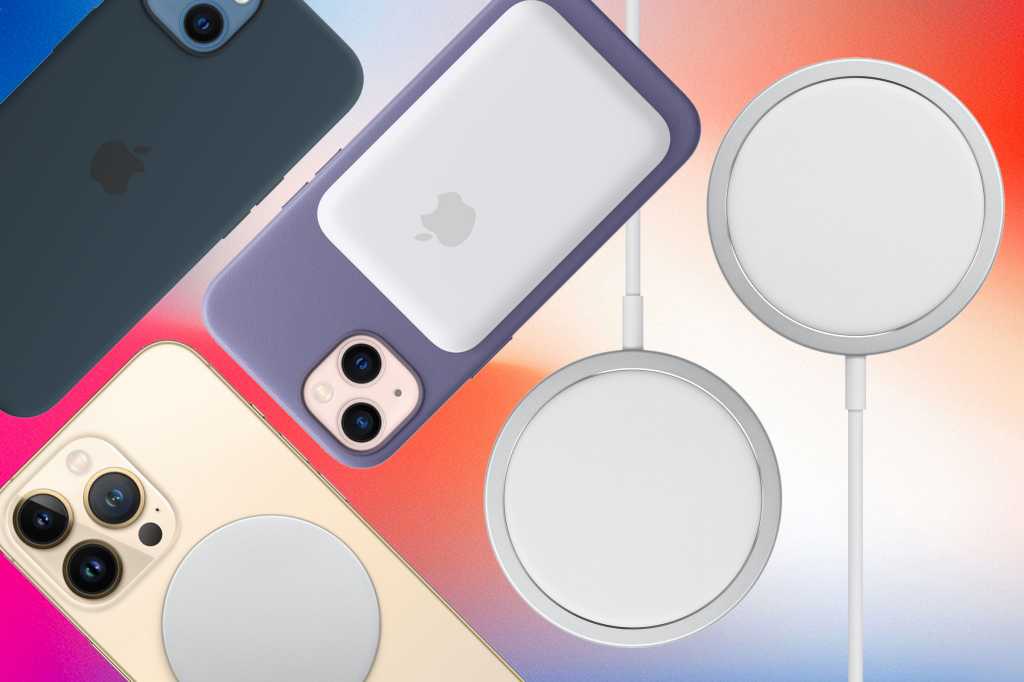 If you have an iPhone 12 or 13 or a new pair of AirPods, the easiest way to charge them is with MagSafe. And today the most popular accessories are on sale: Amazon is selling the MagSafe charger for $30 (23 percent off) and the MagSafe Battery Pack for $75 (24 percent off). Both prices are the lowest we’ve tracked.

Apple MagSafe charging ecosystem uses magnets that attach to the back of the iPhone and AirPods Pro case for more-reliable wireless charging. You can still charge via a standard Qi charging pad or Lightning, but MagSafe firmly attaches via a ring of magnets to ensure the connection. It charges between 12W and 15W, which is slightly faster than wireless charging but slower than wired charging with a 20W power adapter. The battery automatically charges when attached to your iPhone and adds a 1,460mAh battery, roughly half the size of the one in the iPhone 13 Pro Max.

Amazon is also discounting other MagSafe accessories, such as the clear case for the iPhone 13 and leather wallet (both $9 off). Since these accessories rarely go on sale, if you’ve wanted to try out MagSafe, you should head over to Amazon.

The next Mac mini: Apple’s smallest desktop to get the M1 Pro and Max treatment