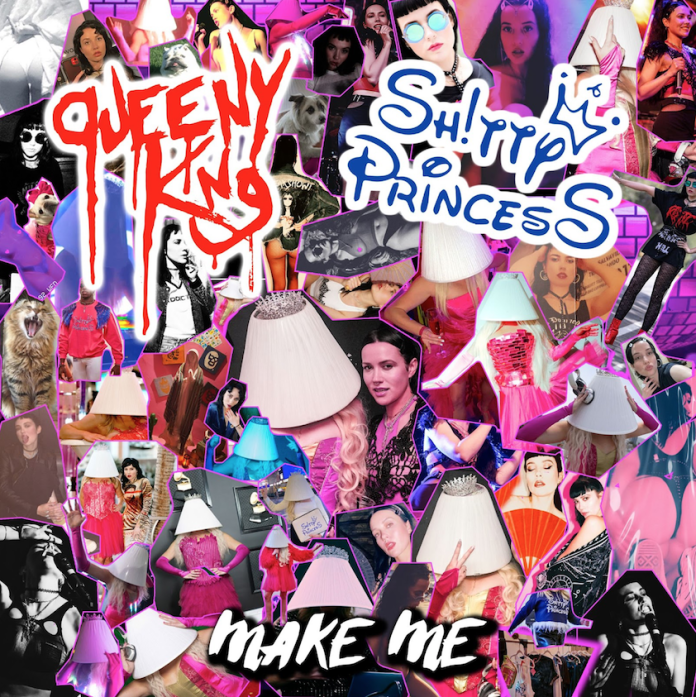 Shitty Princess is quite the fascinating artist. She produces chart-topping dance music with tens of millions of streams and performs DJ sets anonymously with a lampshade mask, carefully concealing her true identity. On the live circuit, Shitty Princess can be found throwing her own festival called Princessfest or opening for the likes of Post Malone, Migos, and Dillon Francis.

Being born into an infamous cult in India, joining musical royalty as the daughter-in-law of Cher and Gregg Allman, and entering a lineage of legendary artists including Allman to perform at the notorious San Quentin State Prison sounds like a far-reaching fantasy, but it’s nothing less than reality for Queeny King.

Queeny was originally discovered at the Heike Makatsch show on Germany’s RTL2, eventually signed with her siblings to EMI Germany where she was extensively prepared for the music business before leaving the band in pursuit of her own career. That route led to her first solo performance at the San Quentin State Prison where she enlisted none other than Deadsy and Queens Of The Stone Age for a standing ovation-inducing show.

Queeny made her debut in 2020 with the pop friendly single, “Freakshow” and now she’s back with a highly anticipated collaboration with Shitty Princess, “Make Me Baby“. It’s an infectious dance-pop track that features a bright vocal and warm melodies that feels like a hit in every way. They debuted the single during their very own headlining New York Fashion Week show this year, the highlights of which are strung through an eye-popping lyric video and social media.

Listen to “Make Me Baby” below!