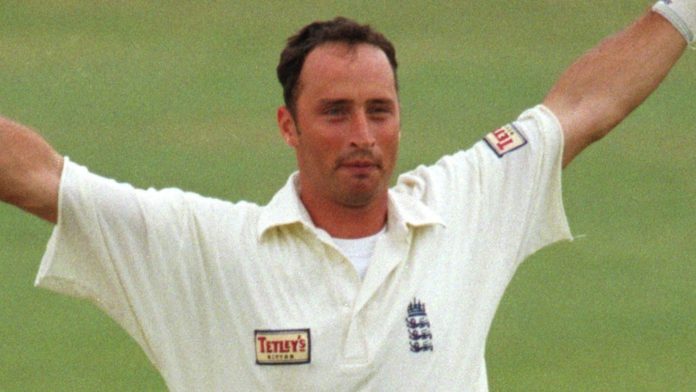 Steven Finn is England’s tallest Ashes player, while Alfred ‘Tich’ Freeman is their shortest; Kevin Pietersen hit a number of Ashes sixes but Michael Atherton managed just the one; only one man has played for both England and Australia in Ashes cricket

Ahead of the Ashes series, Benedict Bermange has picked out some top stats from contest past. In part one, he has numbers on Nasser Hussain, tall and short players, and a potential good omen for Joe Root…

Whichever side wins the Ashes, the actual urn normally remains in the Lord’s Museum. However, had it been allowed to travel to the country of the winner, with Australia’s win in 2013/14 the distance covered by the urn would have surpassed the distance from the earth to the moon.

Only one man has played for both England against Australia and Australia against England in Test cricket. That was Billy Midwinter, who represented Australia in 1877 before switching allegiance for the next five years.

The most fours ever hit by one batsman in an Ashes innings is 46 – by Don Bradman in his innings of 334 at Headingley in 1930.

The England record is held by Nasser Hussain – who hit 38 fours in his match-winning 207 at Edgbaston in 1997. Bob Cowper’s innings of 307 at Melbourne in 1966 contained 26 threes due to very long boundaries and an exceptionally slow outfield.

Only two teenagers have ever played for England in Ashes cricket – Brian Close in 1950 and Ben Hollioake in 1997. Australia have fielded 12 different teenagers against England – the most recent being Ashton Agar in 2013.

One player from each country has played Ashes cricket when aged over 50 – WG Grace represented England and Bert Ironmonger Australia.

The Ashes urn itself is only 11 centimetres high, making it one of the shortest trophies in sport.

Alfred ‘Tich’ Freeman played two matches for England on the 1924/25 tour despite being only five feet two inches tall – the shortest Ashes player for either side.

In England, the hottest Ashes cricket was played in the 1975 Lord’s Test when the temperature reached 34 celsius in the shade. Ironically, earlier that summer, the County Championship match between Derbyshire and Lancashire at Buxton had lost a day due to snow!

There have been three centuries scored before lunch on the first day of an Ashes Test – by Victor Trumper at Manchester in 1902, Charlie Macartney at Leeds in 1926 and Don Bradman also at Leeds in 1930.

In 2015 at Nottingham, Stuart Broad became the first bowler to ever take as many as eight wickets before lunch on the first day of a Test.

In both the 1930 and 1934 series, Australia sealed their Ashes triumph on August 22, which coincidentally happened to be the birthday of their captain Bill Woodfull. It could happen this time as England captain Joe Root was born on December 30.

Many players have been dismissed first ball in an Ashes Test match, but only two have suffered that misfortune in both innings. England’s William Attewell at Sydney in 1892 and Australia’s Ryan Harris at Adelaide in 2010.

Kevin Pietersen faced 3,852 deliveries in Ashes cricket, hitting a record 24 of them for six.

Mike Atherton managed precisely one six from his 4,974 Ashes balls faced – a hook off Jason Gillespie at Old Trafford in 1997. Sir Geoffrey Boycott played 38 Ashes Tests facing 8,568 balls but did not manage to hit any of them over the boundary.

The most runs in a session by a batsman in an Ashes Test is 127 off 100 balls between lunch and tea on day three by Stan McCabe during his innings of 232 at Nottingham in 1938.

By contrast, the fewest runs by a batsman in a complete session is eight, by Trevor Bailey before lunch on day four of the Brisbane Test of 1958.

The longest time spent before getting off the mark in an Ashes Test is 80 balls by John Murray, batting with a shoulder injury at the SCG in 1963. The highest figure for Australia is 76 balls by Carl Rackemann at the same venue in 1991.