Home Sport Root: Ashes will define my legacy as captain 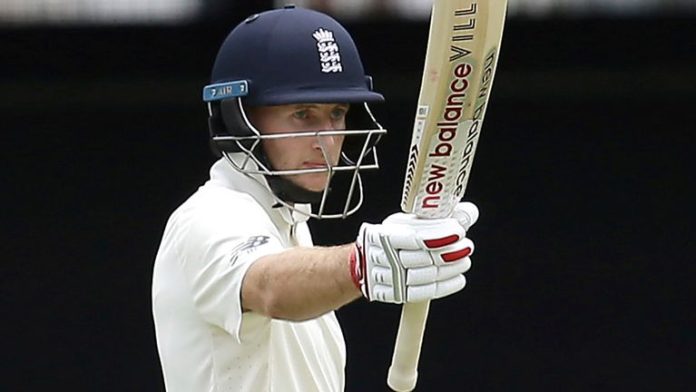 Joe Root says England have “great opportunity” in Ashes and urges side to “grab the big moments” against Australia; captain believes team can take confidence from India’s win in Australia but stresses tourists must also play to their own strengths against Pat Cummins’ men this winter

Joe Root is well aware that The Ashes series will define his legacy as captain as he looks forward to the “great opportunity” of trying to win the urn in Australia.

Root has recorded the most Test victories as England captain – 27 – and is set to overtake Sir Alastair Cook’s record of 59 matches in charge during this winter’s series, with Root currently on 56.

However, the 30-year-old presided over a 4-0 hammering in Australia four years ago and heads into this series looking to become just the second England skipper – after Sir Andrew Strauss in 2010/11 – to lead his side to victory down under since 1986/87.

“Of course it will define my captaincy, I’m not naïve enough to think it won’t,” said Root ahead of Wednesday’s first Test in Brisbane.

“If you look how hard it’s been for English captains and English teams [to win in Australia] over the years, it has been something which doesn’t happen very often.

“But what a great opportunity. I’m very excited about it and can’t wait for the series to get going.

“The senior guys have done it time and time again and the junior guys have shown glimpses of what they can do and their potential.

“What better stage to really grab a series and make an announcement on the international stage. I’m an Ashes player and I want to live in the history of this great rivalry. That carrot is there for everyone.”

England have not won a Test in Brisbane since 1986 with Australia used to dominating games at that venue.

But the hosts suffered their Test first defeat at The Gabba since 1988 when they went down to India last winter, during a series the injury-hit and patched-up tourists won 2-1.

Root says India’s success has given confidence to England, who have lost nine out of their previous 10 Ashes Tests in Australia.

The captain said: “A lot of teams have struggled in the past to get results here. So of course we’ll take confidence from that. Credit to India – they played exceptionally well throughout that whole series.

“In many ways, they set a good example for any touring team to come here and play.

“We’ll try and lean on a few learnings throughout that series – but we’ve also got to play to our own strengths and make sure that we’re doing things our way.

“Grabbing those big moments within the series, I think, is going to be key for us. Trying to get on the right side of those big swings.”

Australia have already revealed their XI for the first Ashes Test, with Mitchell Starc confirmed as part of the bowling unit and Travis Head winning the battle with Usman Khawaja for the No 5 spot.

Root said England were not in a position to name their team just yet but hinted left-arm spinner Jack Leach was in a strong position to play.

“We’ve got all the options on the table right now, we’re not going to name a team just yet. We’ll have to see a closer forecast and how that pitch changes over the next couple of days,” Root said.

“But I do think it is a good place to bowl spin. If you speak to some of the great spin bowlers from Australia, they’ve always enjoyed bowling here.

“It’s something we’ll weigh up but we’re not in a position to make a call on that right now.”