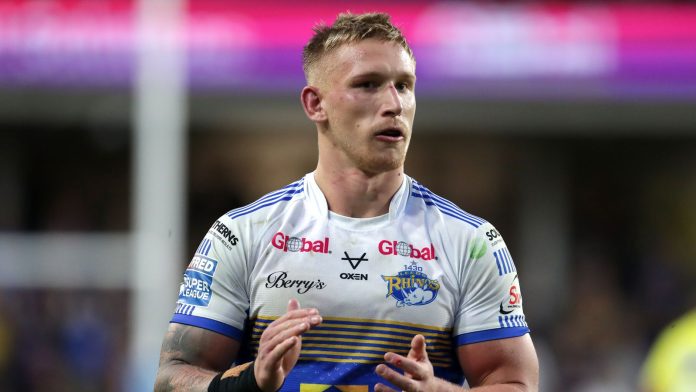 Poland-born Oledzki, 23, who played for England against the Combined Nations All Stars in June and made his Test debut against France in October, has made 82 appearances for Leeds since making his debut in 2017 and was a Challenge Cup winner in 2020

Leeds and England front rower Mikolaj Oledzki has become the latest player to commit his future to the Rhinos, agreeing a new four-year contract that will keep him at Headingley until at least the end of 2025.

The Poland-born Oledzki, 23, who played for England against the Combined Nations All Stars in June and made his Test debut against France in October, has made 82 appearances for Leeds since making his debut in 2017 and was a Challenge Cup winner in 2020.

Leeds coach Richard Agar said: “Mik thoroughly deserves this new contract. As a club, we have a policy of rewarding success and Mik’s form over the last two years certainly warrants that.

“He has become one of the leading forwards in Super League, earning a place in the England side, and is at the core of our senior players and performers here at the Rhinos on a consistent basis which has secured his status in the game.”

Oledzki, who has followed Richie Myler and Tom Holroyd in signing new long-term deals, was born in Gdansk and moved with his parents to England at the age of nine.

Leeds Rhinos are delighted to announce that @England_RL star @mik_oledzki has agreed a new 4⃣ year contract with the club
➡ More https://t.co/YmUcQixWgQ pic.twitter.com/6jYgAWsnQA

He is only the second Pole to play in Super League after rugby union forward Grzegorz Kacala briefly switched to league with Paris St Germain in 1996.

Oledzki said: “I am really happy to have got the deal over the line, however the decision was pretty easy for me.

“For the last few years, I’ve really enjoyed going through the process we have been through as our squad has transitioned.

“We have signed a lot of great players to compliment the young lads coming through and I’ve really enjoyed being part of that building process.

“I’ve been here since I was a junior. I’ve really enjoyed my time and am really excited about what the next four years will bring.

“It was an important decision for me and my family as well. We love living in and around Leeds. It’s a great city, a great, family-friendly club.”