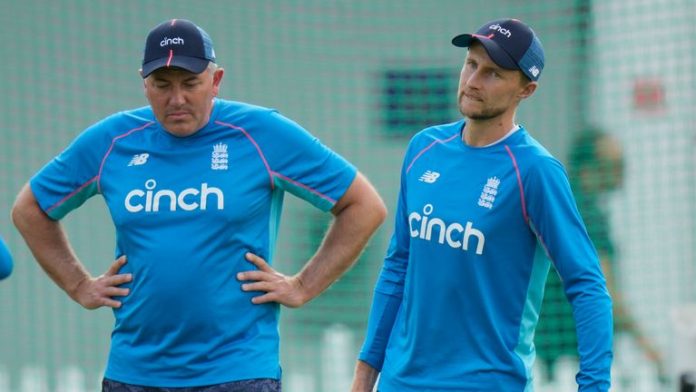 Australia defeated England by 10 wickets in the sides’ most recent Ashes meeting at the Gabba, four years ago; Brisbane is again the venue for the first Test of the 2021/22 Ashes series, beginning on December 8

The Gabba isn’t just the traditional venue for the opening Test of an Ashes series in Australia – it nearly always provides a reliable yardstick towards the urn’s eventual destiny.

England haven’t won a Brisbane Test since Mike Gatting’s side triumphed by seven wickets 35 years ago and went on to retain the Ashes with one match to spare.

Under the leadership of Andrew Strauss in 2010/11, the visitors recovered from a hefty first-innings deficit to salvage a draw, laying the foundations for their eventual series victory.

But for the most part Australia have held the upper hand on Queensland soil – and that also proved to be the case during the teams’ most recent Gabba curtain-raiser, four years ago…

Of the two sides, England went into the series with a better run of Test form behind them, having completed home victories over South Africa and West Indies in their first summer under the stewardship of new captain Joe Root.

Australia, by contrast, had lost to India earlier in the year and also suffered the indignity of a first-ever Test defeat to Bangladesh, although the series was eventually drawn.

In terms of selection, the hosts sprang something of a surprise by recalling wicketkeeper Tim Paine at the Gabba for his first Test appearance in seven years.

England, meanwhile, were shorn of the services of Ben Stokes – unavailable while the police investigation continued into his role in the brawl outside a Bristol nightclub two months earlier – and relied on the spin of Moeen Ali and Root to supplement their four-man seam attack.

Having won the toss, Root opted to bat and a century partnership between Mark Stoneman (53) and James Vince (83) steered the visitors into a good position at 127-1, with Dawid Malan’s 56 helping to ensure they posted a solid 302.

Australia struggled to 76-4 in reply before Smith rescued the innings, hitting an unbeaten 141 and sharing sizeable partnerships with Shaun Marsh (51) and Pat Cummins (42) to earn his side a slim lead of 26.

England were still in arrears when Josh Hazlewood (3-46) struck twice on the third evening and, despite Root’s half-century, they crumbled to 195 all out, with spinner Nathan Lyon taking 3-67 before Mitchell Starc (3-51) cleaned up the tail.

Debutant Cameron Bancroft (82 not out) and David Warner (87no) then cruised home with their unbroken opening stand of 173 as Bancroft thrashed Chris Woakes to the boundary to seal a 10-wicket victory.

Going nicely on 83, Vince had looked a good bet to register his maiden Test hundred until he was dispatched by Lyon’s agile throw from cover, which left him well short – and England suddenly found themselves three down after a dominant early spell with the bat.

Even so, there was little to choose between the sides until the end of the third day, when Hazlewood blasted out Alastair Cook and Vince in quick succession, returning on day four to strike a decisive blow by pinning Root leg before.

MAN OF THE MATCH

It could only be Smith, who occupied the crease for eight and a half hours to tilt the match in his side’s favour with a gritty unbeaten century. Without the skipper’s efforts, England would surely have claimed a significant first-innings advantage.

Smith also played his part in restricting the visitors to 195 second time around, gobbling up four slip catches including low, diving efforts to dismiss Stoneman and Woakes.

“The first Test of an Ashes is always incredibly important, especially with our record here at the Gabba, so it’s great to keep that intact.

“We played some really good cricket after losing the toss, and to get a 10-wicket win against a quality side is very satisfying.

“My hundred has got to be up there with one of my best, purely from the position we were in and that it’s an Ashes series. I had to work really hard for it and dig deep.”

“I thought Mark and Vincey in particular played outstandingly well in their first Ashes Test. To stand up like that showed great character, composure and skill.

“It’s just about making sure they go on and make big hundreds when they get in next time. Similarly with the ball, we made them work extremely hard.

“I do think the wicket got better and better throughout, but Smith played an unbelievable knock and if you take that out, we bowl them out for 150.”