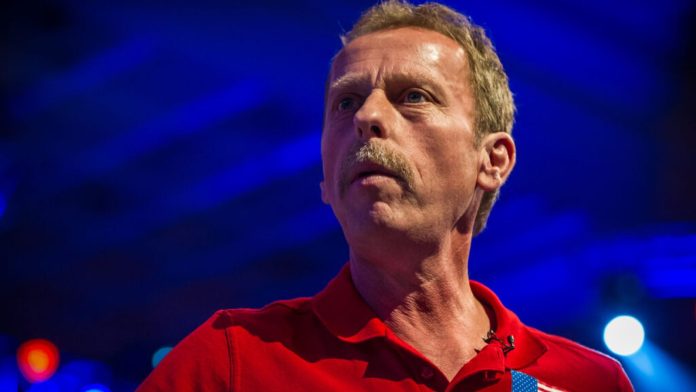 Earl Strickland has been ruled out of the Mosconi Cup due to potential COVID-19 exposure after possible close contact on his flight to London; US captain Jeremy Jones will step in for the pool veteran at Alexandra Palace – live on Sky Sports

Pool legend Earl Strickland has been ruled out of this year’s Mosconi Cup at Alexandra Palace due to possible exposure to COVID-19 on his flight to London.

Jeremy Jones said they all “feel for Earl” with the USA captain stepping into a playing role ahead of the 28th staging of the event – from 7-10 December – live on Sky Sports.

“It’s hard to think about ourselves or the other guys. He’s worked hard. He deserves to be here. It wasn’t long that I messaged the team. It’s the guidelines and safety is first,” explained Jones.

“You can’t be more honoured to represent your country playing anything. This may be the most unfortunate circumstance to be able to do that. I’m going to stand tall like every American would and try and represent Earl and a lot of others who can’t be here and everyone back home.”

“He worked so hard for this, it’s an unfortunate situation.”

Shane Van Boening gutted for Earl Strickland that he can’t play in the Cazoo #MosconiCup this week. pic.twitter.com/Fo1vQV2ZKn

Earlier this week, Matchroom announced pockets will be four inches for the transatlantic extravaganza, and it’s something that playing-vice captain Shane Van Boening is relishing.

He said: “The 4 inch pockets are great for pool. You do not want to go to 4.5 or 5. It’s great for pool. Shot-making-wise, better payers are going to be on top. That’s the way pool should be. We must make the game difficult; we’re going to see players missing more. I think it’s great.”

“I’m going to stand proud and represent USA for Earl and everyone back home.”

Europe’s Jayson Shaw is looking forward to playing in front of a home crowd at Ally Pally.

“I am excited. The fans are back. If the fans are there or not, I am going to go out there and stay focused and try and give the fans a good time. I think everybody, who plays the Mosconi Cup to say you’re not nervous, I think you’re lying,” said ‘Eagle Eye’.

“You get so pumped up with the fans cheering your name. I think the players do feel the pressure out there it’s just how you handle it.”