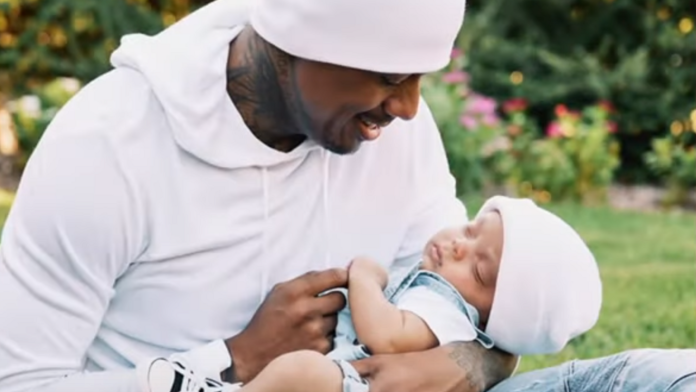 American comedian and presenter Nick Cannon has announced that his five-month-old son Zen has died after being diagnosed with a brain tumour.

The 41-year-old broke the news on his latest episode of The Nick Cannon Show on YouTube, telling his audience: “I’ve had a tough, a very tough weekend.”

Speaking about his youngest child, Cannon said he was “the most loving… he was always smiling, always having the most beautiful spirit”.

Zen was born in June and Cannon recalled the moment he and his partner, model Alyssa Scott, were told he was suffering from a build-up of fluid on the brain, and discovered he had “a malignant tumour in his head”.

“Immediately we had to have surgery, brain surgery, and we put a shunt in his head, and we were hoping for the best,” the America’s Got Talent host said.

“We were faithful and hopeful at that time, and we carried on. He was still playing with his brothers and sisters, and I just took the opportunity to embrace every moment.”

However, around Thanksgiving, Cannon said there was an “interesting turn” and the “process sped up”.

He explained how over the weekend his family went on a trip to the ocean, where he held his son for the last time.

Holding back tears, he told his audience: “The tumour began to grow a lot faster.

“This weekend, I made a valid effort to spend the most quality time I could spend with Zen. And we woke up on Sunday, and I was like, I just want to go to the water and close to the ocean.”

“Holding my son for the last time, it was still a beautiful setting,” he said.

His speech was met with cheers from fans watching inside the studio, and people shared supportive messages on social media.

He ended the show by saying: “You never know what somebody is going through, hug your people, hug your family, kiss somebody, tell them you love them.”

The Masked Singer US host has seven children, including Zen. He shares his eldest two with Mariah Carey.

The pair tied the knot in 2008 after weeks of dating and renewed their vows in 2013, but filed for divorce a year later.