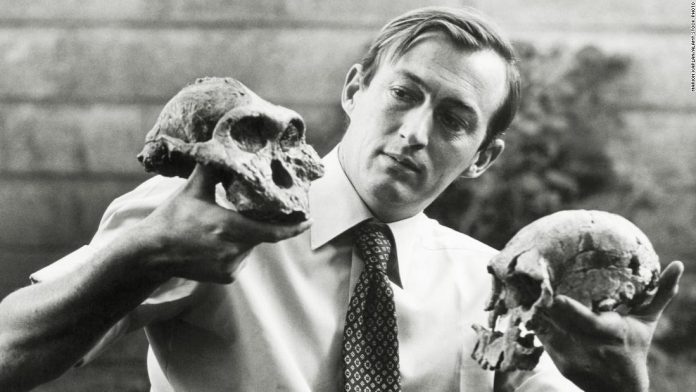 “I have this afternoon, Sunday 2nd January 2022, received with deep sorrow the sad news of the passing away of Dr. Richard Erskine Frere Leakey, Kenya’s former Head of Public Service,” Kenyatta’s statement said.
“On behalf of the people of Kenya, my family and on my own behalf, I send heartfelt condolences and sympathies to the family, friends and associates of Dr. Richard Leakey during this difficult period of mourning.”
Leakey came from a family of renowned archeologists. His mother, Mary Leakey, discovered evidence in 1978 that man walked upright much earlier than had been thought. She and her husband, Louis Leakey, unearthed skulls of ape-like early humans, shedding fresh light on our ancestors.
Richard Leakey is perhaps best known for his discovery of fossils, particularly the 1984 excavation of the bones of “Turkana Boy,” a nearly complete skeleton of a young male Homo erectus dating to 1.6 million years ago. He also became a leading force in the effort to stop the poaching of elephants and rhinos in Kenya, according to the Royal Society.
Besides his work as a scientist, he held a number of official positions in Kenya, including director of the National Museums of Kenya and chairman of the Kenya Wildlife Service.

The Ethical Problems with Breeding the White Tiger

China defends human rights records and says it ‘conforms to the...