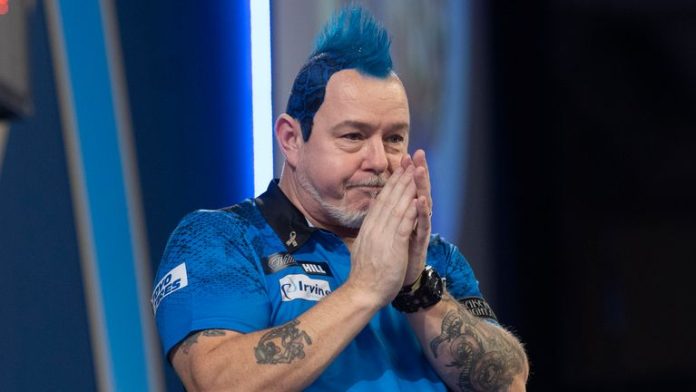 The World Darts Championship trophy was within touching distance for Michael Smith three years ago, but he can finally lift it by defeating an “exhausted” Peter Wright in tonight’s final.

Although Michael van Gerwen’s 7-3 victory in 2019 provided some harsh lessons, they have also proven valuable for Smith as he prepares to take on Wright at Alexandra Palace, live on Sky Sports Darts.

It was another near miss for Smith, who has lost every televised final of his career. He has struggled to return to such heights since then, even dropping out of the Premier League for 2021.

“I’ve been in seven [major finals] and lost seven, and I’ve never once cried about it, gave up. Straight onto the practice board again. And I get back into finals again. That’s why I’m more mentally strong now. If I win this World Championship, the last seven finals were nothing,” he added.

“My main aim this year was to get back in the [World Championship] final. I keep saying it, it’s getting boring now, but I want to put things right. If, and I say if, in my mind I’m going to win, I’m not being arrogant. If I don’t say it, you won’t believe me. If I don’t believe it, no one will.”

If I don’t believe it, no one will.

Smith is confident he can take the final step

So is he a better player now than he was three years ago?

“I don’t know,” he answered. “But if I look at the stats from the 2019 Worlds, I thought I was probably playing better. But this year what I’m really proud of is my doubles. I don’t think my doubles were that good. I was outscoring everyone that year, and I was giving myself the chance to miss and then to come back for another. But this year, I feel I’m scoring great and I’m hitting doubles when I need them.

“Yes, I’m going to miss some, that’s only natural. But that’s not what I’m thinking about. I can’t change what I’ve done. I can only change my next three.”

He has made his move in recent weeks, finding another gear at the right time. The 2020 champion averaged 104.38, boasted a finishing percentage of 42.3 per cent and hit a record 24 180s in his 6-4 semi-final win over Anderson on Sunday night.

But even when hitting such levels, he was battling hard to get over the line.

“Exhausted,” he said after the match. “I got a knee injury, and I’ve got a strap on it now. It’s burning like hell at the moment. But I need to rest it up. It should be alright for tomorrow.

“I knew that [the Anderson comeback] was going to happen but I couldn’t stop him. What a game of darts. Phenomenal.

“I thought yesterday’s game against Callan (Rydz) was [tough], but to get a win over Gary Anderson, one of the greatest Scotland darts players that’s ever been, and the way both of us didn’t give up, that was so hard.”

The tinkering thrower may be getting closer to stumbling across the winning formula with his darts.

“To be honest, that’s the first time I used that set-up with the long points, slightly longer stems,” he said.

“And I felt in practice today that I could put them where I wanted. But I got up here and it was just on and off. I had some patches of brilliance, and then I went off.”

Mardle’s view: The best players have reached the final

Wayne Mardle says the two best players in the tournament have reached the decider.

“It kind of seems fitting. The pair of them, Smith and Peter Wright. They’ve hit the most 180s. They’re the biggest 140 hitters. They’re both averaging over 100. The doubling stats are so incredible,” he said.

“They’ve both lost their first World Championship final to Michael van Gerwen. Is Michael Smith going to win his second [final] like Peter Wright did? There’s all these little kind of stories, ‘is it destiny?’.

“Peter has hit a record on 180s, he missed the nine, he’s 42 per cent on doubles, so there’s no weakness there.

“They’ve played the best. Peter said he needs to rest. He’s playing a man 20 years younger. We’ll see if that matters, because Michael looked a little fatigued to me as well.

“But what a final in store.”

🎯😍World Championship Final day is upon us!

Who will lift the Sid Waddell Trophy? 🏆👇