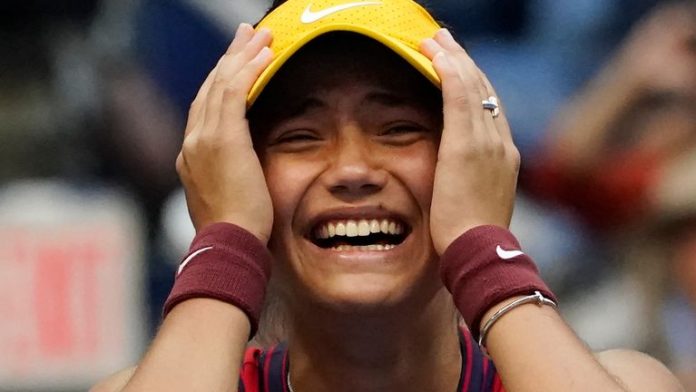 “You have to bring your best time and time again to be able to compete with everyone and give yourself a chance to win the big titles”; Ash Barty is playing in the Adelaide International as she steps up her preparations for the Australian Open, which begins in Melbourne on January 17

World No 1 Ash Barty has praised the depth of talent in women’s tennis after a fifth-straight year in which the women’s Grand Slams were all won by different players.

In 2021, Barty herself was crowned Wimbledon champion – her second Slam to go with her French Open title in 2019 – Naomi Osaka claimed the Australian Open, Barbora Krejcikova won at Roland Garros and Great Britain unearthed a new global superstar in Emma Raducanu with her stunning run to the US Open title.

There was also a new champion at the WTA Finals, with Garbine Muguruza coming out victorious, and at the Tokyo Olympics, where Belinda Bencic won gold.

Ahead of her appearance at the Adelaide International, one of the tune-up events for the Australian Open, Barty said: “There’s fresh challengers every year regardless of who is in what spot on the ranking list.

Emma Raducanu has withdrawn from this week’s Australian Open warm-up tournament in Melbourne having just come out of isolation after testing positive for Covid-19.

“There were certainly a number of breakout years through 2021, girls really stepped up, were able to play really consistent seasons which is exciting to see for the women’s game.

“Genuinely there is really good depth and you have to bring your best time and time again to be able to compete with everyone and give yourself a chance to win the big titles.”

Barty also stressed the importance of playing in warm-up competitions, such as the one in Adelaide, early in the season, especially after the 25-year-old opted out of the WTA Finals and the Billie Jean King Cup towards the end of last year.

“It’s a different beast. You just need to enjoy that and work your way through it in the first couple weeks because not often are you playing your very best tennis right at the start,” Barty said.

“I’m looking forward to that challenge starting here in Adelaide of trying to find my groove, really enjoy being out on the match court again.”

Barty has received a bye to the second round of the Adelaide International, where she will play the winner of the first-round tie between 17-year-old Coco Gauff of the USA and Norwegian qualifier Ulrikke Eikeri.

The Australian Open begins in Melbourne on January 17.