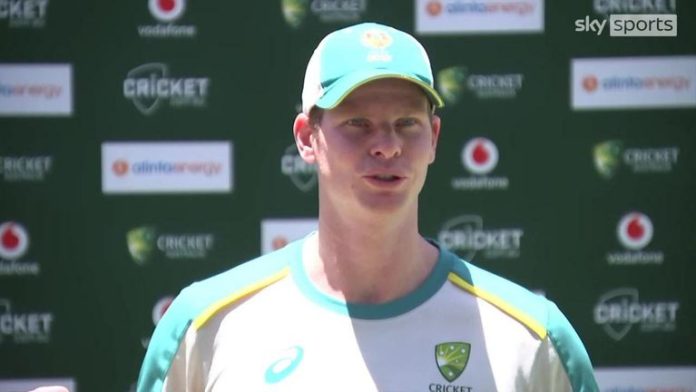 “I hope I’ve got a couple of caged tigers coming into this match. Ben Stokes being one and Stuart Broad another one,” said England assistant coach Graham Thorpe.

England have recalled “caged tiger” Stuart Broad for the fourth Ashes Test, giving him the chance to work out his frustrations after a bit-part role in the series so far.

Broad admitted in his newspaper column over the weekend that his appearance in just one of the first three matches had been a big disappointment and he now has the chance to make his impression at the Sydney Cricket Ground.

He comes in for Ollie Robinson, who is nursing a shoulder issue, and will be charged with lifting the spirits of a side who are at a low ebb – 3-0 down and without four of their coaching staff due to a Covid-19 outbreak in the camp that finally appears to have come to an end.

Broad is England’s second highest wicket-taker against Australia with 120, three behind Bob Willis and eight short of Sir Ian Botham, and the 35-year-old had hoped to make more of an impression on what is his eighth, and possibly, last crack at the old enemy.

Assistant coach Graham Thorpe took charge of team selection alongside captain Joe Root in the absence of the isolating Chris Silverwood, and he suggested both Broad and all-rounder Ben Stokes were bristling at the prospect of getting back on the pitch.

Unlike Broad, Stokes has been ever-present in the series but he has yet to summon his best form with bat or ball having only recently returned from a five-month hiatus.

“I hope I’ve got a couple of caged tigers coming into this match. Ben being one and Stuart Broad another one,” said Thorpe.

“I’ve been in contact with Spoons (Silverwood) throughout regarding the selection of the team and he’s been kept in the loop. Myself and Joe, being on the ground, have been able to assess the surface and our bowlers and it felt like a risk to go into it with a couple of lads carrying niggles. So it was right to bring Stuart back in.”

Robinson is England’s top wicket-taker and most used bowler on the tour, taking nine scalps at 26 over the course of 87.2 overs. But the workload was beginning to take its toll, with a brief hamstring scare in Melbourne and now wear and tear in his shoulder.

That does leave England with a long tail, though, but any temptation to favour Dom Bess over fellow spinner Jack Leach, on account of superior batting, has been resisted.

Meanwhile the top seven has been retained following a calamitous showing in the 68 all out, leaving Rory Burns and Ollie Pope on the outside and Dan Lawrence awaiting a first appearance of the trip.

In the absence of a full compliment of specialist coaches – as well as Silverwood, England are without their pace bowling lead Jon Lewis, spin mentor Jeetan Patel and strength and conditioning consultant Darren Veness – Thorpe has prioritised getting the team relaxed and ready to go.

“I’ve had to let them off (the leash) a little bit, enjoy what they’re doing, have fun, get that tension out of the body,” he said.

“It’s normal things, just talking to them, making sure they’re in the right frame of mind or encouraging them to go to the beach and have a swim. I encourage them to keep their belief.

“You can get knocked down sometimes in life and you do have to get back up. There’s no hiding place. You do have to keep getting back up, clear your head, keep that belief.”