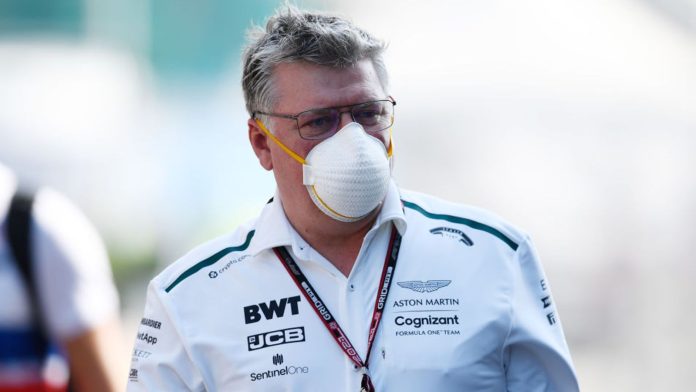 Otmar Szafnauer joined Aston Martin in 2009 when team was known as Force India; Szafnauer had been linked with move to rivals Alpine; “Fortunately, we are led by strong individuals, and we are comfortable to take a little time to explore options before announcing a new team structure.”

Szafnauer, who originally joined what was then known as Force India in 2009, became team boss after the Silverstone-based outfit was taken over by a consortium led by Lawrence Stroll in 2018.

Aston Martin say Szafnauer’s position “will be managed within the leadership team until a replacement is appointed.”

“Otmar Szafnauer has left the company and his role at Aston Martin Cognizant Formula One Team will be managed within the leadership team until a replacement is appointed,” read an Aston Martin statement.

“We would like to thank him for the service provided to the team over the past 12 years and wish him well for the future as he will undoubtedly take on new challenges.

“Fortunately, we are led and managed by a strong group of individuals, and we are comfortable to take a little time to explore options before announcing a new team structure.

“The focus of the team is currently on preparing the most competitive car possible for the start of the 2022 season.”

Szafnauer had been linked with a move to rivals Alpine. He described initial reports about such a move at November’s Brazilian GP as “pure media speculation.”

The statement from the team did not give a reason for the 57-year-old’s exit, but it comes only a day after the publication of an interview in which he spoke enthusiastically about the team’s prospects for 2022.

The Romanian-American came into Formula One 10 years previously, joining the then-new BAR team as operations director.

He had previously worked for Ford in motor racing in the United States.

Sky F1’s Karun Chandhok runs through and explains his top-10 driver picks from an amazing season of high-quality racing.

A tough decision about which driver takes the year’s #1 spot and plenty more debate in behind…Chandhok explains his top 10 picks through the 20-car field.

“Doing my annual list of the top 10 drivers of the F1 season was a much harder task this year than in the recent years. The quality of driving in 2021 was at a very high level in general with most drivers delivering star performances at some stage of the season.”

Click the link in the title above to read the feature in full.