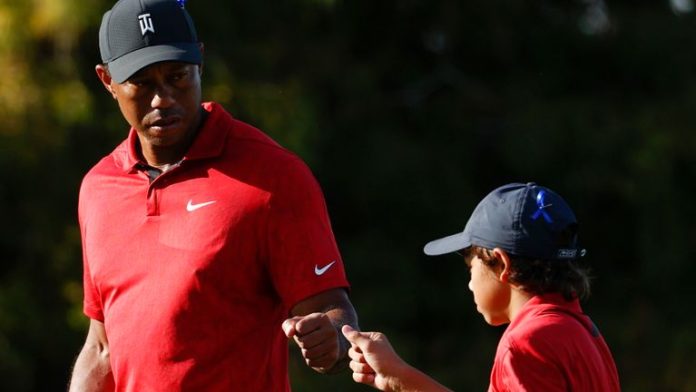 Sky Sports golf expert Lee spoke to Sky Sports News about some of the latest talking points in the sport ahead of this week’s Sentry Tournament of Champions. Watch it live on Sky Sports Golf from Thursday

Rob Lee is in agreement with Jordan Spieth that Saudi Arabia’s investment in golf poses a threat to the established international order of the professional game.

LIV Golf Investments, backed by the Private Investment Fund which operates on behalf of the government of Saudi Arabia, are putting up over $200m (£145.4m) towards playing opportunities and prize funds for 10 new tournaments on the Asian Tour.

That includes next month’s Saudi International, which PGA Tour stars Dustin Johnson, Bryson DeChambeau and Phil Mickelson have committed to despite it clashing with this year’s AT&T Pebble Beach Pro-Am.

Spieth expressed his concerns ahead of the Sentry Tournament of Champions and Sky Sports golf expert Lee shares the American’s concerns that both the PGA and DP World Tours, as well as their blue-ribbon events, are under threat from this massive investment.

“I think it is,” Lee told Sky Sports News. “The Saudis have made it quite plain that they want to do their own thing, have their own series of masters events which would mean luring away the top players from the DP World Tour and the PGA Tour.

“Of course it’s a threat – it’s there, it’s in your face, the Saudis are being very up front about it and very bold. They’re saying it’s for the benefit of golf, but I don’t think it is. I think they’re going to try to knock down what’s working very well with the four Majors and the golf stories that we have every week.

“I don’t think there’s anything wrong with that – why would you want to wreck that? And they are a wrecking ball and they are prepared to hand out millions and millions of dollars to see if they can turn the heads of the world’s top players. Jordan Spieth is absolutely right.”

Lee, a former tournament winner on the European Tour, understands why players would be tempted by the huge sums of money on offer in these events, but believes they also have a moral duty to stand by the tours which they made their names on.

“Money talks and we’ll see, but there should be a moral aspect to this for players to do the right thing for their tours,” Lee said.

“That’s what’s given the platform to become fabulously wealthy, fabulously successful and they should owe something to that.

“There should be a feeling of belonging, not only for them and their great success, but also for the rest of the tour that they bring along with them.”

One player who will be starting his year in the Middle East, albeit as part of the DP World Tour’s HSBC Abu Dhabi Championship later this month, is Rory McIlroy.

The Northern Irishman will no doubt have his sights set on finally completed the set of golf’s Majors when the Masters takes place at Augusta in April, with his best finish having been fourth in 2015.

Lee is in no doubt McIlroy, who won the Wells Fargo Championship and CJ Cup on the PGA Tour last year, is capable of being the one to pull on the iconic green jacket at the Masters this year, although feels he will only do that if he can ignore the expectation on him.

“For Rory, it’s a great sign he won at the end of last year in Vegas [in the CJ Cup],” Lee said. “Every time we get to the first Major of the year, it’s always Augusta National and it’s the longest run-up to any of them because we’ve got whole of the autumn, winter and it’s spring before we get into that Major championship, so the talk is always going to be about Rory McIlroy and whether he can complete that career slam.

“Yes, he can, but there is always extra pressure I feel on him than other players as they head into the PGA, US Open and Open Championship. The Masters, for Rory, will always carry that weight.

“He’s just got to go there and play like Rory can, like it’s not important and that it doesn’t matter. I’m sure at some point he will win the Masters, and that green jacket. I’d love to see him do it.”

There will also be plenty of eyes on whether Tiger Woods will be seen on a golf course again this year after he made his return to action playing alongside his son Charlie at the PNC Championship in December.

Lee was impressed by what he saw from Woods, playing in his first tournament since being seriously injured in a car accident in February last year, and expects to see him in action again in 2022.

“What was incredible to me is his relationship with his son and the golf that he produced when he has hardly played much,” Lee said.

“Tiger is swinging the club really well, he just needs the body to move him around the golf course four times a week.

“He rode in a buggy, which is very different to walking a course, but as I’ve said before he’s got that [Ben] Hogan thing in his mind, the way Hogan came back from an almost tragic car crash and had his best season.

“He walked, Tiger is going to walk, and I think we’ll see him on the golf course at some point this year – it will be amazing.”