Home Culture Sidney Poitier left behind a legacy of landmark roles, but some smaller... 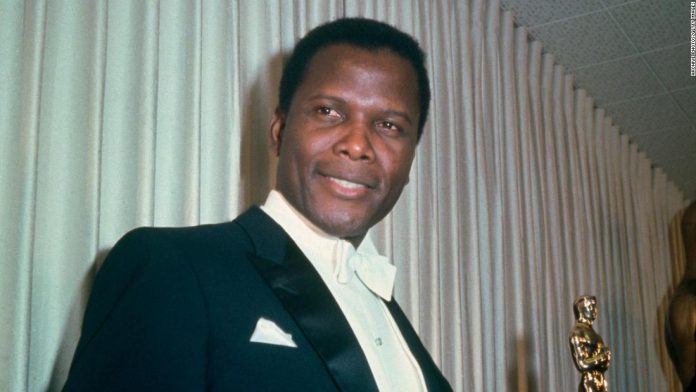 The richness of the filmography assembled by Poitier, who died Thursday at the age of 94, makes it difficult to choose a favorite film or role. On different days, that might be “Porgy and Bess;” “A Raisin in the Sun,” reprising his part in from the play about a struggling Chicago family; or “The Defiant Ones,” which earned him his first best-actor Oscar nomination as an escapee on the run chained to a Southern bigot played by Tony Curtis. (In a loaded year, both Curtis and Poitier earned nominations, along with Spencer Tracy and Paul Newman, but the award went to David Niven for “Separate Tables.”)
Those movies only scratch the surface of a half-century of screen work, which helped pave a path for other performers of color — a burden the actor bore with considerable grace, despite the challenges and strictures he faced.
As Variety’s Tim Gray noted in framing the decades when Poitier’s career peaked, the US Supreme Court ruling against miscegenation laws in Loving v. Virginia occurred only months before the release of “Guess Who’s Coming to Dinner.” “While the message of tolerance in ‘Guess Who’s Coming’ may seem hoary,” he wrote, “it was an eye-opener to many.”
Still, there are other movies and TV miniseries to add to any Poitier watch list, yielding a by-no-means comprehensive roster of additional recommendations — presented in chronological order — that might not have been mentioned as prominently in initial remembrances and tributes.
Blackboard Jungle (1955): Poitier played a student in a tough school filled with juvenile delinquents before he made audiences swoon a dozen years as a teacher with a British class full of them. Here, Glenn Ford played the teacher trying to break through to the kids, with Vic Morrow as the worst of the bad apples.
Edge of the City (1956): The pairing of Poitier and John Cassavetes as two longshoremen, with Jack Warden as a truly hissable villain, elevates this film from director Martin Ritt. Like many prominent roles for Black actors in this period, the arc of Poitier’s character, alas, existed largely to set up a moral dilemma for his co-star to confront.
A Patch of Blue (1965): Poitier starred opposite Elizabeth Hartman as a blind woman whom he befriends (the title describes her last memory of vision), while Shelley Winters earned an Academy Award as one of the world’s worst mothers.
They Call Me Mister Tibbs! (1970) and The Organization (1971): After the success of “In the Heat of the Night,” Poitier returned in two standard but enjoyable sequels as Virgil Tibbs, the big-city detective, with the first capitalizing on one of the more memorable movie lines from the 1960s.
Buck and the Preacher (1972) and Uptown Saturday Night (1974) and): Poitier not only starred in but directed both of these films, playing opposite Harry Belafonte in a western and Bill Cosby in a light comedy-action vehicle, which was successful enough to spawn a pair of re-teamings with Cosby, the appropriately titled “Let’s Do It Again” and “A Piece of the Action.” His work behind the scenes also included directing “Stir Crazy,” the prison comedy with Gene Wilder and Richard Pryor.
Separate But Equal (1991): Moving to TV, Poitier played future Supreme Court Justice Thurgood Marshall in this ABC miniseries about the Brown v. Board of Education case in 1954, also featuring Burt Lancaster in his final role.
Sneakers (1992): A disposable but extremely fun caper film with an excellent cast that featured Poitier and Robert Redford as part of an elite security team. One of several entertaining if not particularly significant movies from the tail end of his career, including “Shoot to Kill” and “Little Nikita.”