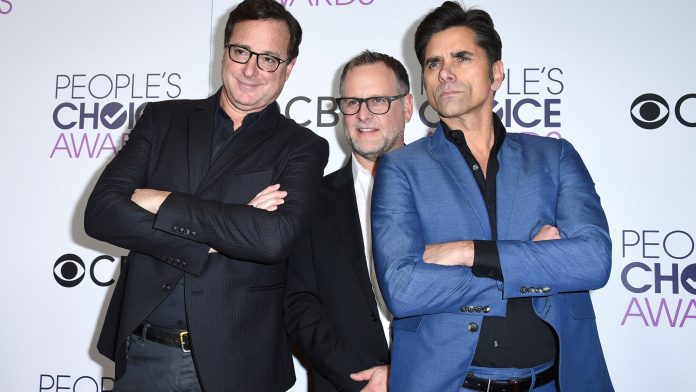 US comedian Bob Saget, who starred in ’90s sitcom Full House, has died at the age of 65, police have said.

Saget was pronounced dead in a room at the Ritz-Carlton hotel in Orlando, Florida, after officers were called following reports of “an unresponsive man”.

Investigators said they found no signs of foul play.

“The man was identified as Robert Saget and pronounced deceased on scene,” Orange County Sheriff’s Office said. “Detectives found no signs of foul play or drug use in this case.”

The comedian had just started touring his new stand-up show in Jacksonville, and had earlier expressed his delight at being back on stage.

“Thanks again to @RealTimWilkins for opening. I had no idea I did a 2-hr set tonight. I’m happily addicted again to this s***.”

Saget was best known for his role as Danny Tanner on the ABC sitcom Full House, which aired from 1987 until 1995.

Its sequel, Fuller House, was released on Netflix in 2016.

He also hosted America’s Funnies Home Videos in the ’90s and provided the voice for future Ted Mosby on How I Met Your Mother.

His 2014 comedy album, That’s What I’m Talkin’ About, was nominated for a Grammy Award for Best Comedy Album.

I am broken. I am gutted. I am in complete and utter shock. I will never ever have another friend like him. I love you so much Bobby.

Beautiful Bob Saget passed away today at 65. He had a big, big heart and a wonderfully warped comic mind. He gave the world a lot of joy and lived his life for goodness’ sake. :’^} pic.twitter.com/QVSITsfaVj

He tweeted: “I am broken. I am gutted. I am in complete and utter shock. I will never ever have another friend like him.”

Comedian Dane Cook said he was “stunned beyond belief” and Josh Gad, who played Olaf in Frozen, said “there wasn’t a kinder person in Hollywood”.

“He had a big, big heart and a wonderfully warped comic mind. He gave the world a lot of joy and lived his life for goodness’ sake.”

A tribute from Full House co-stars Mary-Kate and Ashley Olsen called him the “most loving, compassionate and generous man”.

They added: “We are deeply saddened that he is no longer with us but know that he will continue to be by our side to guide us as gracefully as he always has.

“We are thinking of his daughters, wife and family and are sending our condolences,”