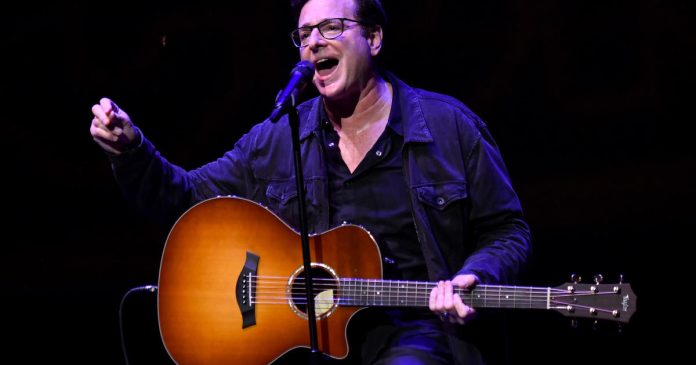 Mary-Kate and Ashley Olsen are remembering Bob Saget. The actresses reflected on their experiences and shared their condolences with the late comic’s family following his death on Sunday.

“Bob was the most loving, compassionate and generous man,” the sisters shared in a joint statement to ET on Sunday. “We are deeply saddened that he is no longer with us but know that he will continue to be by our side to guide us as gracefully as he always has.”

“We are thinking of his daughters, wife and family and are sending our condolences,” the statement concluded.

Mary-Kate and Ashley gained fame as infants with their shared role as Michelle Tanner, the youngest daughter of Saget’s Danny Tanner, on the celebrated ABC sitcom “Full House” beginning in 1987.

The twins went on to find success in a series of films before moving away from the spotlight and into the world of fashion as they grew up. The pair did not return for the revival series “Fuller House.”

Saget died Sunday in his hotel room at the Ritz-Carlton in Orlando, Florida. He was 65.

The Orange County Sheriff’s Office confirmed the news on Twitter Sunday afternoon, writing, “Earlier today, deputies were called to the Ritz-Carlton Orlando, Grande Lakes for a call about an unresponsive man in a hotel room. The man was identified as Robert Saget & pronounced deceased on scene. Detectives found no signs of foul play or drug use in this case. #BobSaget”

The Medical Examiner’s Office will ultimately determine cause and manner of death, the Orange County Sheriff’s Office added in a statement to ET.

Saget has been on his “I Don’t Do Negative” stand-up tour of the country, and performed on Saturday at the Ponte Vedra Concert Hall in Jacksonville, Florida.

Zach Seemayer is a writer with ETOnline, a division of ViacomCBS.

Lowry out of Heat vs Celtics Game 1 with hamstring injury

Dubois can take women’s boxing ‘even further’ after Taylor-Serrano