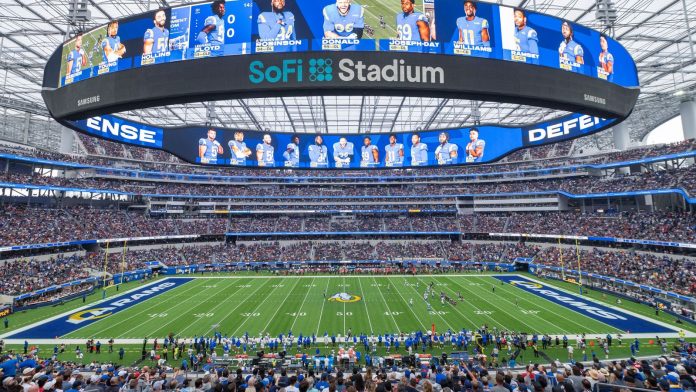 Can Tom Brady’s Tampa Bay Buccaneers claim back-to-back Super Bowl wins? Will Patrick Mahomes and the Kansas City Chiefs avenge last year’s defeat? Or can Aaron Rodgers secure a championship in what might be his final season with the Green Bay Packers?

The NFL playoffs are set to get under way this weekend with a Super Wild Card weekend of action that features six games spanning – for the first time – three nights, and you can watch every game live on Sky Sports.

Following the final week of the regular season, the NFL playoff picture is complete, with Tom Brady and the Tampa Bay Buccaneers’ quest to secure back-to-back Super Bowl titles starting with a home meeting with the Philadelphia Eagles on Sunday.

Super Wild Card Weekend kicks off with the Las Vegas Raiders – who booked their postseason place in dramatic fashion – travelling to the Cincinnati Bengals on Saturday evening, while the opening round of the playoffs concludes with an NFC West rivalry clash between the Arizona Cardinals and Los Angeles Rams at SoFi Stadium, the home of Super Bowl LVI. The meeting between the Rams and Cardinals will be the first-ever playoff game in the history of the NFL to be played on Monday night.

Here is all you need to know on Super Wild Card Weekend – with every game live on Sky Sports NFL – and each playoff round thereafter (GMT dates and timings) in the run-up to the Super Bowl on February 13.