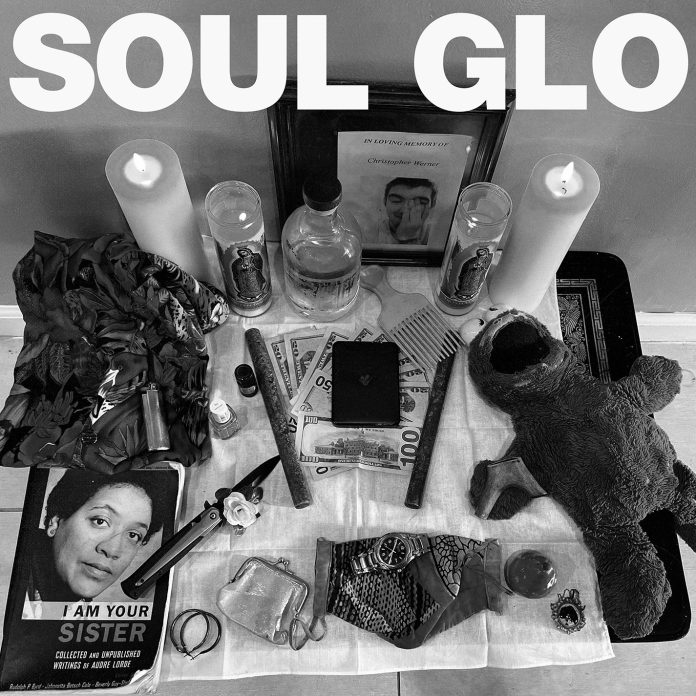 Philadelphia hardcore outfit Soul Glo have announced their fourth album. It’s called Diaspora Problems, and it arrives March 25 via Epitaph. The band have shared lead single “Jump!! (Or Get Jumped!!!)((by the future))” ahead of the new LP, along with a music video. Check it out below, and scroll down for Diaspora Problems’ artwork and tracklist.

Diaspora Problems was produced by Soul Glo. It was written between 2016 to 2021, and recorded in an unfinished warehouse as well the band’s practice space last summer. “Many artists feel as though time is a consistent adversary when it comes to the production of their work, but there is a population of people within this group who fear even more the probability of their time permanently coming to a close before they can enjoy the fruit of their labor,” the band wrote in press materials. “Many Black artists who reach superstar status do so posthumously or have a limited amount of time to establish their legacy.”

In addition to its digital and CD release on March 25, Diaspora Problems will be issued on vinyl via Secret Voice (Touché Amoré frontman Jeremy Bolm’s label) in late 2022. Diaspora Problems follows Soul Glo’s Songs to Yeet at the Sun EP from 2020 and two EPs from 2021. The band signed to Epitaph last year.