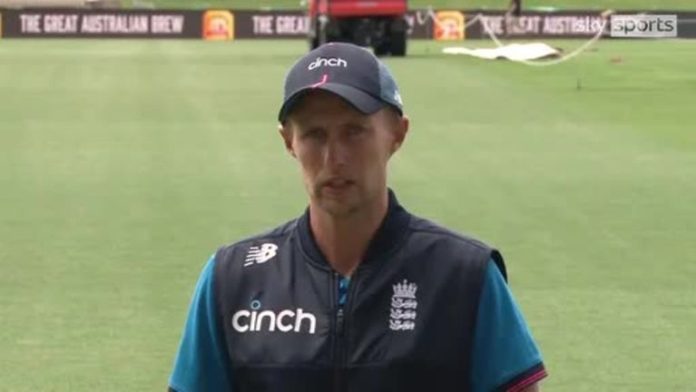 Sam Billings will bring ‘energy’ if he makes his England Test debut in Hobart, says captain Joe Root, who wants his side to build on their battling draw at the SCG; Australia seamer Mitchell Starc not eyeing a rest as Australia look to complete 4-0 series victory in pink-ball finale

Joe Root believes England could play Ben Stokes and Jonny Bairstow as specialist batters in the fifth and final Ashes Test against Australia in Hobart.

The tourists prevented a series whitewash with a hard-fought draw in the fourth Test in Sydney where all-rounder Stokes (side), wicketkeeper Jos Buttler (finger) and Bairstow (thumb) sustained injuries.

Buttler has since returned home but Bairstow may not be fit enough to take his place behind the stumps, with Sam Billings seemingly the frontrunner to don the gloves.

Stokes scored two half-centuries in Sydney while Bairstow hit England’s only hundred of this Ashes series so far in the first innings.

Ahead of Friday’s finale at Blundstone Arena, England captain Root said of Stokes and Bairstow: “We have to assess how they pull up over the next couple of days. Certainly you can pick Ben as a bat, Jonny, too. We have to see where they are at, what their bodies can handle.

“You have to trust the medical advice. Those guys work tirelessly to make sure we are in the best possible position to go and win games and sometimes that is making some difficult calls.

“We need to make sure they are physically in a place where they can get through five days of hard cricket. It’s alright being fit to play but you’ve got to be fit to perform and that’s what we’ve got to work out.”

On Billings, who is in line to make his Test debut after being plucked from a Big Bash League stint with Sydney Thunder, Root added: “He brings in a lot of energy. Constantly smiling, he loves his cricket.

“He’s a great guy to have around the environment and I’m sure if he gets his opportunity he’ll throw everything into it.”

Root wants his side to build on their battling draw at the SCG, when last-wicker pair Stuart Broad and James Anderson saw off the final 12 deliveries against Australia’s spinners in fading light to end the hosts’ hopes of a 5-0 series sweep.

England have not won a Test in Australia since January 2011, recording 12 defeats and two draws in their previous 14 matches in the country.

How will England line up for final Ashes Test?

With Jos Buttler’s Ashes series over, we take a look at the side England might pick in Hobart…

Root added: “On the back of three very difficult games where we underperformed, to come back and get something from the last game showed a great amount of character.

“There was an element of relief managing to get through those last few overs but the desire, the fight and the pride that everyone showed on that last day is something we have to harness.

“We have to play like that more frequently through the five days, not just on the last day when everything is on the line, but from ball one. We’ve proved to ourselves that we can do it, now can we take it a step further?

“Can we make sure we do it in a winning cause rather than just trying to save a Test match? We have something to build on, that’s what we have to take from the last game and into this one.”

Starc: I won’t be asking for a rest

Mitchell Starc wants to be the only Australian fast bowler to play all five Ashes Tests after declaring himself fit and raring to go for this week’s day-night match in Hobart.

Concerns were raised about Starc’s workload after he took only one wicket in the fourth Test in Sydney, but the left-armer quickly laughed off the idea that it was his turn for a rest.

England will take a little bit of confidence from getting away with a draw, I guess. Obviously a few guys performed quite well in the Test but it’s different conditions here, a different ball. It would have been nice to win last week but it was a fantastic spectacle for cricket and both teams will take plenty out of that match. Hopefully it’s another fantastic one this week.

“I hope not, it’s a pink ball game,” Starc, who has taken 52 wickets in nine day-night Tests.

“I’m feeling good, I’m not looking for a break. It’s the last Test match of the Ashes series and it’s the pink ball, too. I’d very much like to play. I guess it’s in the hands of the selectors but I won’t be asking for a rest.”

Of Starc’s 15 wickets over the series, including the spectacular dismissal of Rory Burns with the first ball of the first Test, six came in the day-night encounter in Adelaide.

“I’ve always maintained that I’ve found the pink ball to be more like a white ball than a red ball. Whether that comes into play with the way I approach my white ball cricket, I’m not sure.”

Paceman Scott Boland has a rib problem which could rule him out of the Hobart match – the 32-year-old has taken 14 wickets across the Melbourne and Sydney games at an average of 8.64 in a stunning start to his Test career.

Michael Neser and Jhye Richardson, who bowled with Starc in the first day-night match of the series in Adelaide, are available to replace Boland if he is ruled out.

“Scotty has been sensational. The bowlers that have come into the group have performed from the get-go, they’ve played their role fantastically,” added Starc.