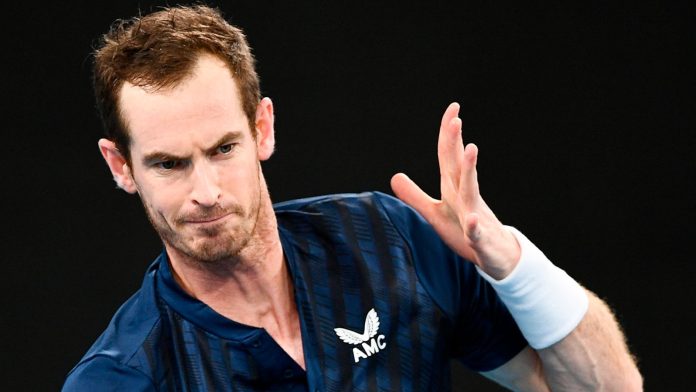 Up next for Andy Murray is American Reilly Opelka, who overcame compatriot Brandon Nakashima 7-6(4) 6-2; Murray’s semi-final appearance is his first at ATP Tour level since winning the European Open in Antwerp in 2019.

Andy Murray has reached his first ATP Tour semi-final since 2019 after his opponent David Goffin withdrew mid-match at the Sydney Tennis Classic.

Murray won the opening set 6-2 against the former world No 7 before Goffin pulled out of the match, just a game after receiving treatment to the back of his knee.

Goffin, who missed the final four months of the 2021 campaign due to a knee problem, had tweaked the injury in the previous round against Denis Kudla and saw the issue become an increasing problem against Murray.

The last time the Scot managed a hat-trick of victories at tour level was the European Open in Antwerp in October 2019, when he emotionally won what is his only title since his hip problems began two years earlier.

Murray will face American Reilly Opelka, who beat Brandon Nakashima 7-6(4) 6-2, in the last four. Also advancing to the next round was top-seeded Russian Aslan Karatsev, who overcame a tough challenge from Italy’s Lorenzo Sonego.

The Russian barely broke a sweat in the opening set before fifth seed Sonego found his serve in the second to force a decider. However, Karatsev made some adjustments to his return game in the break and was able to steam home 6-2 3-6 6-2.

Briton Dan Evans – due to face Goffin in the first round at the Australian Open next week – takes on Maxime Cressy in the last-eight stage later on Thursday.