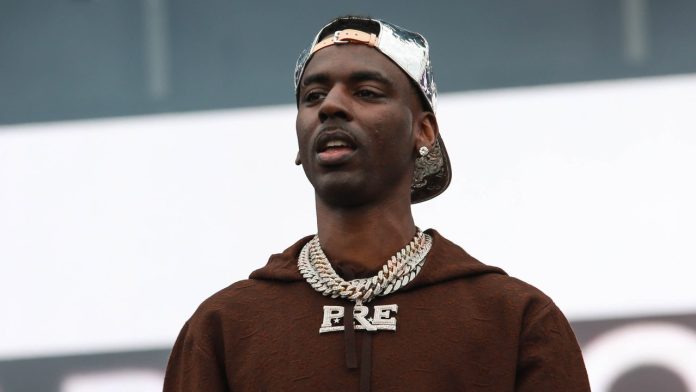 A person has been arrested for the murder of Young Dolph, the 36-year-old rapper who was shot dead on November 17 in Memphis, Rolling Stone reports. Police took the suspect—23-year-old Justin Johnson, a rapper who performed under the name Straight Drop—into custody Tuesday afternoon in Indiana.

The Memphis Police Department, U.S. Marshals Service, Crime Stoppers, and the Tennessee Bureau of Investigations announced on Wednesday, January 5, that they had issued a warrant against Johnson for first-degree murder. They also claimed that Johnson had an outstanding warrant for violating his supervised release in an unrelated federal weapons case.

Young Dolph, who was born Adolph Robert Thornton, Jr., had just entered Makeda’s Butter Cookies in his hometown of Memphis when he was shot by Johnson, the Memphis Police Department said.