Home Sport DeChambeau: I don’t want to be super-controversial 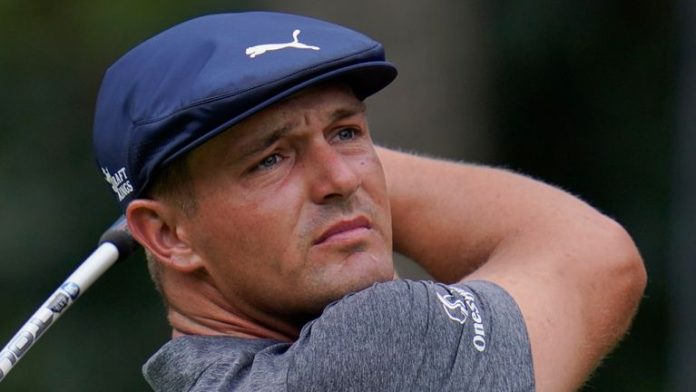 The 2020 US Open champion said in December that there was a point during 2021 when he “felt like I wanted to leave the game”; his comments came after a year that saw him continue a feud with rival Brooks Koepka and engage in a public spat with his equipment sponsors Cobra

Bryson DeChambeau insists he does not want to be a “super-controversial” figure after a difficult season which made him feel like walking away from the game.

DeChambeau was never far from the headlines in 2021 due to his ongoing feud with Brooks Koepka, missing the Olympics after testing positive for Covid-19 and a public spat with equipment sponsors Cobra during the Open Championship which saw him accused of acting “like an eight-year-old”.

The 2020 US Open champion told the New York Post in December that there was a point last year when he “felt like I wanted to leave the game”, but that he had received some useful advice from Hollywood star Chris Pratt.

“I’ve had struggles in the past with different numerous things that have gone on, but I’m continuing to learn and grow and respond in ways that help the game of golf out,” DeChambeau said on a conference call to promote his appearance in the Saudi International next month.

“That’s honestly all I want. I don’t want to be a super-controversial figure, I just want to be someone that people can look up to and aspire to be like, or inspire them to work harder.”

The manner in which DeChambeau overpowered Winged Foot to win the US Open meant he was the centre of attention for the rescheduled Masters two months later, something which he admits “threw me for a loop”.

“It was changing my perspective on everything,” added DeChambeau, who made a rod for his own back by declaring that his added length meant he was treating Augusta National as a par 67, only to struggle to a tie for 34th.

“Everything was so heightened and then sometimes the let-downs were super difficult. It became a lot on a human being and it’s amazing what people can do when they tell you you’re this or that all the time when you know it’s not true personally in the background.

“It becomes difficult at times, but as time goes on, you realise what are you doing this for, why are you doing it and how can you continue to improve in that quest for inspiring the next generation.

“Chris Pratt helped me out at a really difficult time for me. He said, play this fictional character for a while. I know you’re not happy, you’re in a very difficult spot, but act like you’re acting for a little bit and as time has gone on, that’s gone away and I’ve become myself again.

“Because there was a point in time where it wouldn’t have been fun being around me because of how frustrated and disappointed and sad I was.”

Despite being one of the most high-profile figures in the game, DeChambeau was not among the players revealed on Wednesday to have agreed to take part in a new Netflix documentary about life on the PGA Tour.

Dustin Johnson, Jordan Spieth, Collin Morikawa, Tommy Fleetwood and four-time major winner Koepka are among those to have signed up to participate, but DeChambeau prefers to release his own content.

“There wasn’t a deal struck that was very well for my side of it,” the 28-year-old American added. “I love Netflix, I have a great time with it, but for me, it wasn’t right at the present moment.

“I feel like people are seeing me on YouTube and Instagram and they’re getting a pretty dang good look inside my life and to have more people come in and go even farther – which is almost impossible for what I’m giving out – is overall too invasive for me.”