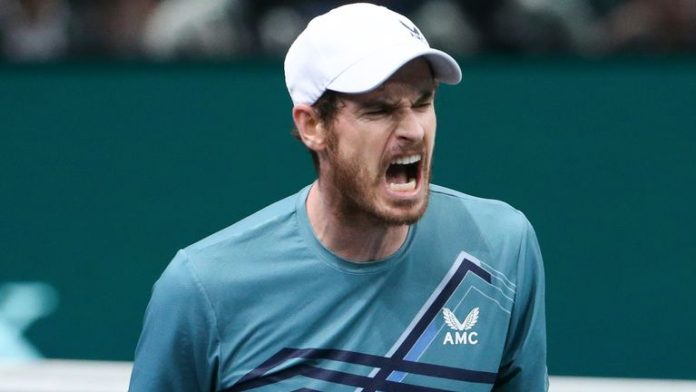 Murray recovered from losing the first set in a tie-break to book his place in the final, where he will face either fellow Briton Dan Evans or top seed Aslan Karatsev; former world No 1 is in his first ATP Tour final since winning the European Open in October 2019

Andy Murray is through to his first ATP Tour final since 2019 after fighting back from a set down to beat Reilly Opelka at the Sydney Tennis Classic.

Murray won 6-7, 6-4, 6-4 to book his place in Saturday’s final, where he will face either fellow Briton Dan Evans or top seed Aslan Karatsev.

The former world No 1’s appearance in an ATP Tour final will be his first since winning the European Open in Antwerp in October 2019, with another impressive display giving him further confidence going into next week’s Australian Open.

A close opening set went with serve, with Murray coming back from 5-1 down to pull the tie-break back to 5-5 before Opelka won the next point with an ace and edged it 8-6.

Murray claimed a crucial early break in the second set, as Opelka made two double-faults, with the Scot firing three aces to hold in the next game on his way to taking the set 6-4 and levelling the contest.

Opelka had to dig deep from 15-40 down on his first and third service games in the third set just to hold, only for Murray to finally break the American with a cross-court winner in the ninth game and then serving for the match.

Finals bound 💥@andy_murray defeats Opelka 6-7 6-4 6-4 to make it to the finals in Sydney 💪#SydneyTennis pic.twitter.com/2MjtmDTW6q

After his tight win, Murray said: “I love competing. You want to try to finish the matches if you can but I lost a tight first set and not easy to come back against someone who serves like that. I kept fighting…and managed to get the win.

“It would be amazing to start the year with a win. It’s been great week for me, great progress against anything I’ve done in the past year. I’ll go for [career win] 47 tomorrow. It’s been a good week. I’ve played better with each match.”

Murray’s route to the final

Murray saw off qualifier Viktor Durasovic 6-3, 6-1 in Tuesday’s opening round, before coming through a thrilling battle against Nikoloz Basilashvili to beat the Georgian 6-7, 7-6, 6-3 in round two.

The three-set battle with Basilashvili was a precursor for the Australian Open, where Murray has been handed a wildcard, with the pair drawn to face each other in the opening round next week.

Murray made a quicker-than-expected passage to the last four against David Goffin, who retired due to a knee issue after losing the opening set 6-2, with Murray then booking his spot in the final with his three-set win against Opelka.