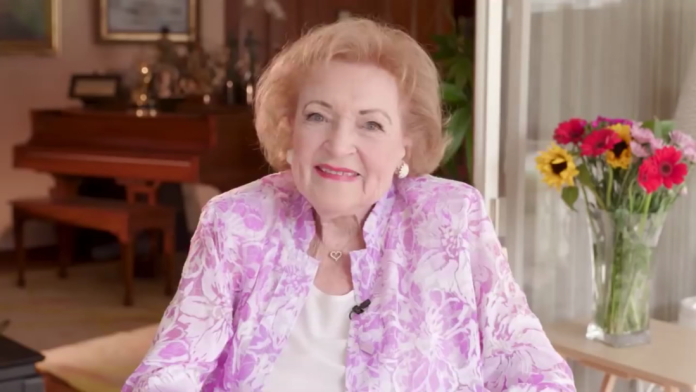 Here are five ways to show some love for the beloved legend on Jan. 17.

Plans for a celebration of White will go on as planned on Monday, according to producers of “Betty White: A Celebration.”
“During the many years we worked with her, we developed a great love and admiration for Betty as a person, and as an accomplished entertainer,” film producers Steve Boettcher and Mike Trinklein said in a statement to CNN. “We are thankful for the many decades of delight she brought to everyone. Betty always said she was the ‘luckiest broad on two feet’ to have had a career as long as she did. And honestly, we were the lucky ones to have had her for so long.”
The film explores White’s career and follows her day-to-day life, including her work, friends and her advocacy for animals.

Guests are Invited to honor White’s Legacy by taking Betty’s L.A. Zoo Tour or visit the white rose memorial garden to leave a card.
The zoo called White in a statement “one of its most ardent supporters and longtime friends.”
“Betty’s L.A. Zoo Tour” honors White’s contributions with spots throughout the zoo where guests can learn about her connection to specific animals.

The Hallmark Channel will air “Honoring Betty White” on Jan. 17. The programming block is a 40-episode marathon of “The Golden Girls,” followed by an airing of “The Lost Valentine,” starring White.

Donate to her favorite animal charities

When fans started using social media to look for ways to celebrate White, a campaign was created called the Betty White Challenge, which helps people find organizations White liked to contribute to. You can also donate directly to the Betty White Wildlife Fund, which White founded in 2010 to help marine life.

The episode of “SNL” hosted by White originally aired on May 8, 2010 and featured musical guest Jay-Z.
You can find the full episode on Hulu.