Home Culture Government accused of attacking BBC to distract from ‘partygate’ ahead of expected... 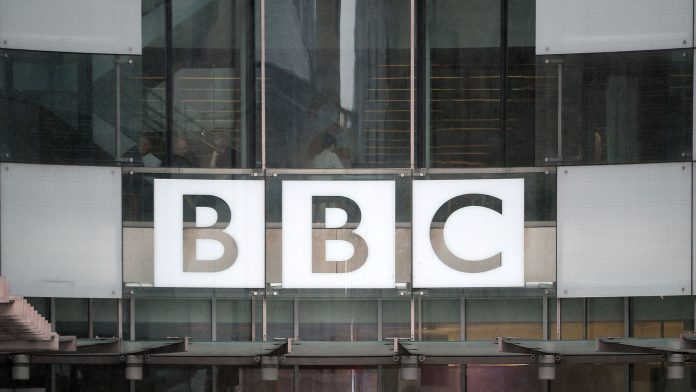 The government has been accused of attacking the BBC to distract from the “partygate” scandal ahead of an expected licence fee freeze announcement.

As part of “Operation Red Meat”, designed to quell angry Tory backbenchers and voters, the government is expected to announce the licence fee could be replaced when the current deal ends in 2027.

Culture Secretary Nadine Dorries is also expected to confirm the annual payment will be frozen at £159 until 2024.

This licence fee announcement will be the last. The days of the elderly being threatened with prison sentences and bailiffs knocking on doors, are over.

Ms Dorries, reacting to the claims, tweeted on Sunday the next review of the BBC’s funding model, in 2027, “will be the last”.

It has angered Labour politicians and the National Union of Journalists (NUJ), who both said the broadcaster was being used as a pawn to distract from the Downing Street lockdown party saga, which Boris Johnson is facing calls to resign over.

Shadow culture secretary Lucy Powell said the government is signalling “the end of the BBC as we know it” and it amounts to “cultural vandalism”.

“Let’s not pretend that this is anything other than it is, which is a pretty obvious dead cat strategy from the government to distract from the totally disastrous leadership context that the prime minister is facing at the moment,” she told the BBC.

She said the BBC’s charter “constantly needs looking at” but “you have to draw your own conclusions about the timing”.

What parties are alleged to have taken place in Whitehall and Downing Street during lockdown?

How to replace a Tory PM

The annual BBC licence payment normally changes on 1 April every year and is set by the government, which announced in 2016 it would rise in line with inflation for five years from 2017. It is understood to raise around £3.2 billion for the BBC.

Michelle Stanistreet, the NUJ’s general secretary, said freezing the fee is a “vindictive and desperate act of distraction”.

“The BBC’s finest scriptwriters would have a job making this stuff up, it’s beyond parody,” she said.

“When the evidence of partying, hypocrisy, lies and dissembling is mounting, what does this government do in response? It blames the journalists and the news outlets holding them to scrutiny, and plots acts of revenge.

The BBC has many strengths and many weaknesses, but I suspect this government wants to get rid of it because it holds them to account.

“The BBC is renowned the world over, it is an economic powerhouse for the UK’s creative industry, yet this government is intent on hobbling a great British institution for its own short-term political gain.

“Unnamed government sources speak of the ‘end of state broadcasting’ and thereby demonstrate their woeful ignorance of what public service broadcasting truly is and what it stands for.”

She added that freezing the licence fee would do “enormous collective damage to programming and services, to employment and ultimately to democracy”.

Education Secretary Nadhim Zahawi said negotiations between Ms Dorries and the BBC are “ongoing” but the way people consume media “is very different to the way they did five years ago” so a “proper grown-up conversation” is needed.

Celebrities have been tweeting their support for the state broadcaster, including Matt Lucas and BBC presenter Dan Walker.

A BBC source told the PA news agency: “There has been similar speculation before. There are very good reasons for investing in what the BBC can do for the British public, and the creative industries and the UK around the world.

“Anything less than inflation would put unacceptable pressure on the BBC finances after years of cuts.”