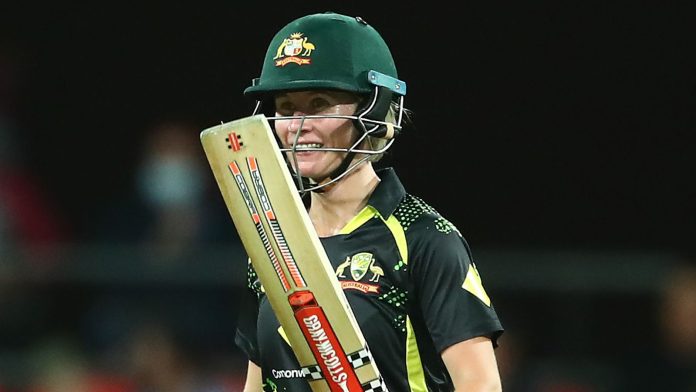 Beth Mooney, the top-ranked batter in T20 international cricket, fractures her jaw in training ahead of the Women’s Ashes; left-hander will now undergo surgery and set to miss at least the T20 section of the series against England, which begins in Adelaide on Thursday

Australia have suffered a big blow ahead of the Women’s Ashes with the world’s top-ranked T20I batter Beth Mooney set to miss at least the start of the multi-format series with a fractured jaw.

The opener, 28, was struck in the chin while receiving throwdowns from Australia coach Matthew Mott in training and will now undergo surgery.

Mooney should now be sidelined for at least the T20 portion of the series against England, which starts in Adelaide on Thursday.

The second and third T20s will be held at the same venue on Saturday and Sunday, followed by a standalone Test match in Canberra between January 27-30 and then three one-day internationals, in Canberra on February 3 and then Melbourne on February 6 and 8.

Left-hander Mooney averages 36.64 in T20 internationals, with two centuries and 11 fifties, while in one-day internationals she averages 43.35 with two tons and nine half-centuries.

Mooney could be facing a fight to be fit in time for the 50-over World Cup in New Zealand, which gets underway on March 4.

Australia coach Mott said: “Unfortunately I played a pivotal role. Throwing balls to Beth, she tried to get out of the way and unfortunately copped it on the side of the chin.

“The good news is that our doctors are pretty positive that the way jaw surgeries are working these days the comeback time is a bit shorter.

“We are looking for her to play. Beth certainly wants to play, but we’ll have to be smart and listen to the surgeons. You never want to get one of those but on the eve of an Ashes is probably the worst time.”

Hamilton: Comeback ‘better than a win’ | Merc: We can fight for title

Fitzpatrick’s spectacular birdie from the rough!

Thomas on PGA win: I knew rivals were nervous

You can get unlimited summer travel for $9.50 in this European...

Hamilton: Comeback ‘better than a win’ | Merc: We can fight...